The charming city of Aveiro is known as the Venice of Portugal, thanks to its tree canals that cross the town, colorful traditional boats called “moliceiros” and several low-arched bridges. This is the second most populous city in the Centro Region of Portugal and it’s divided by the Central Canal into two parts: The “Beira Mar” an old fishermen’s neighborhood located in the north part of the channel and, the southern part, home to the city’s most historic buildings.

Arriving at Aveiro by train, you will have the chance to see the beautiful old train station! It was built in 1861 and nowadays, only the new modern part is in use. The white facade is covered with blue Portuguese “azulejos”, containing scenes from the past of the Aveiro region culture. 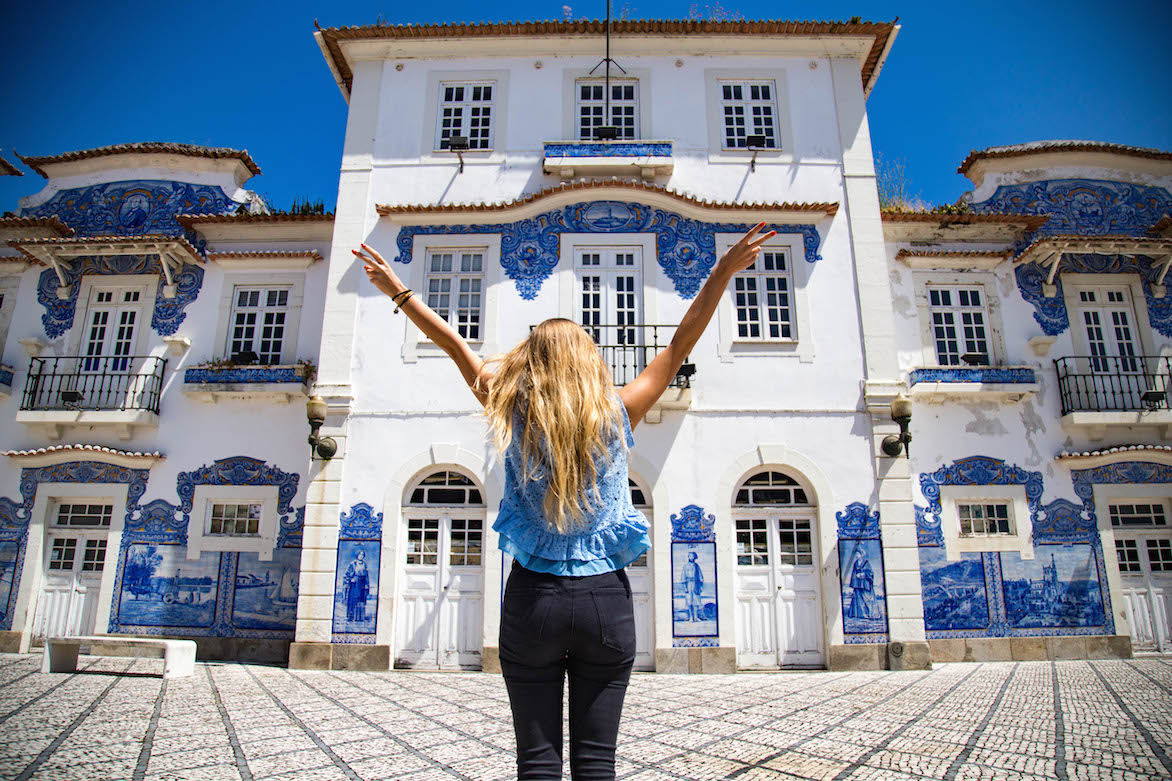 Azulejos are ceramic tiles, usually in a square shape, covered with impermeable and glossy enamel. Typically used to cover the walls of houses in order to protect them from humidity. The biggest number of patterns and colors diversity can be found in the coastal cities. I honestly fall in love with this art. 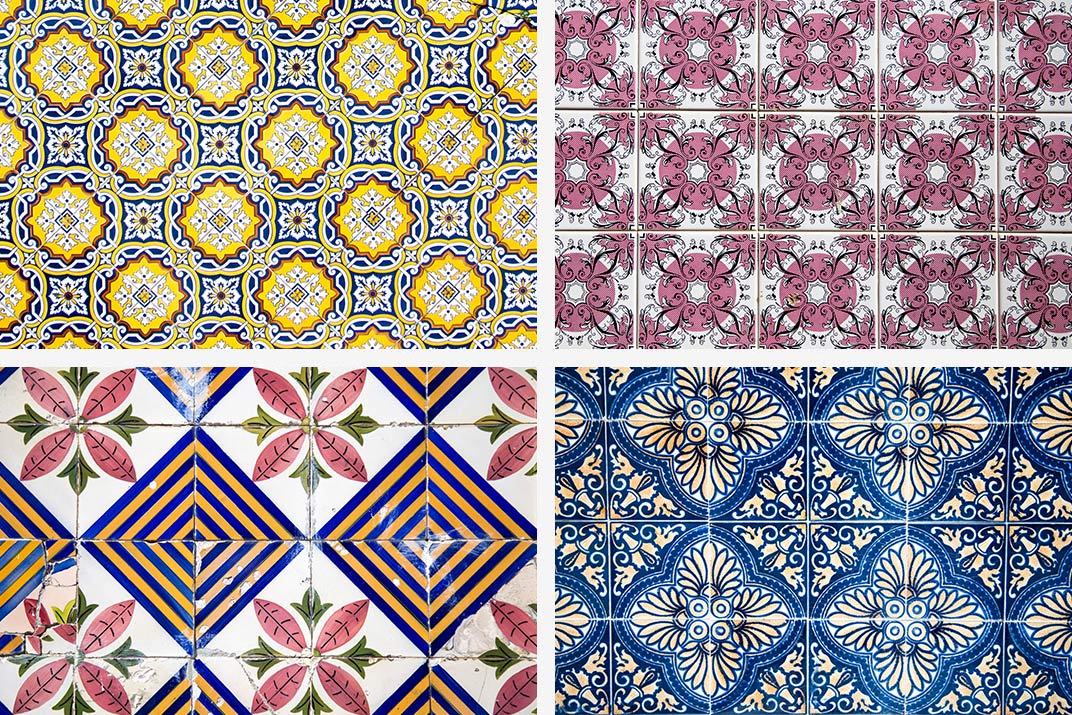 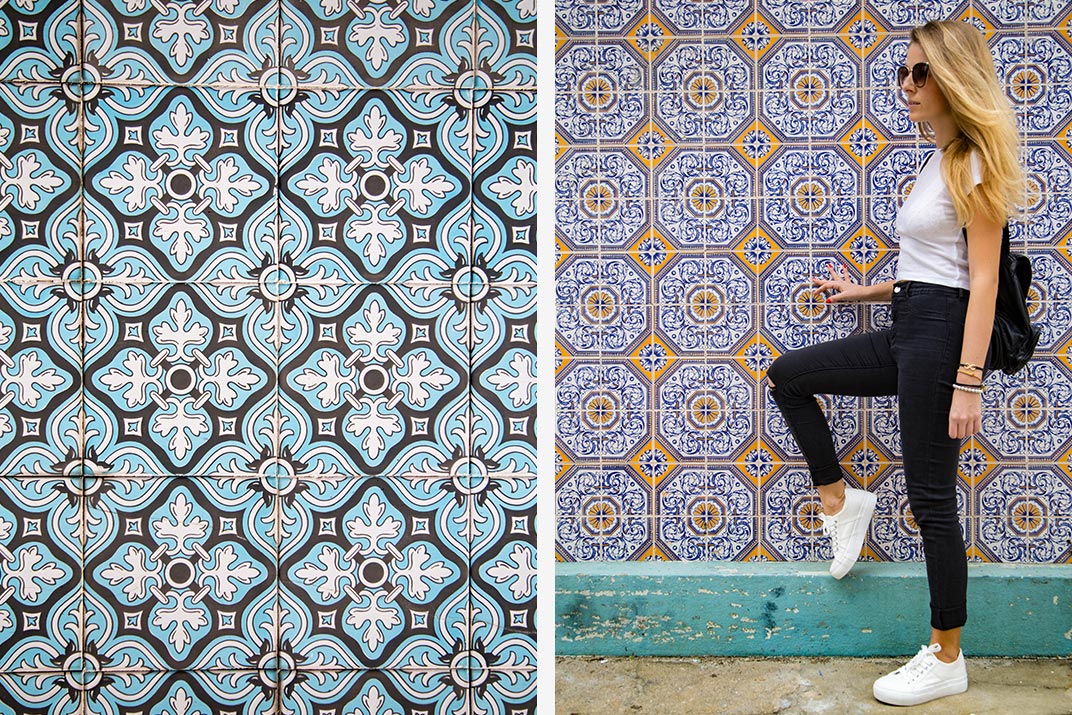 If you ever visit this beautiful town, better if you start your tour from the city center walking to the old Jeronimo Campos Factory through the “Ria de Aveiro“. 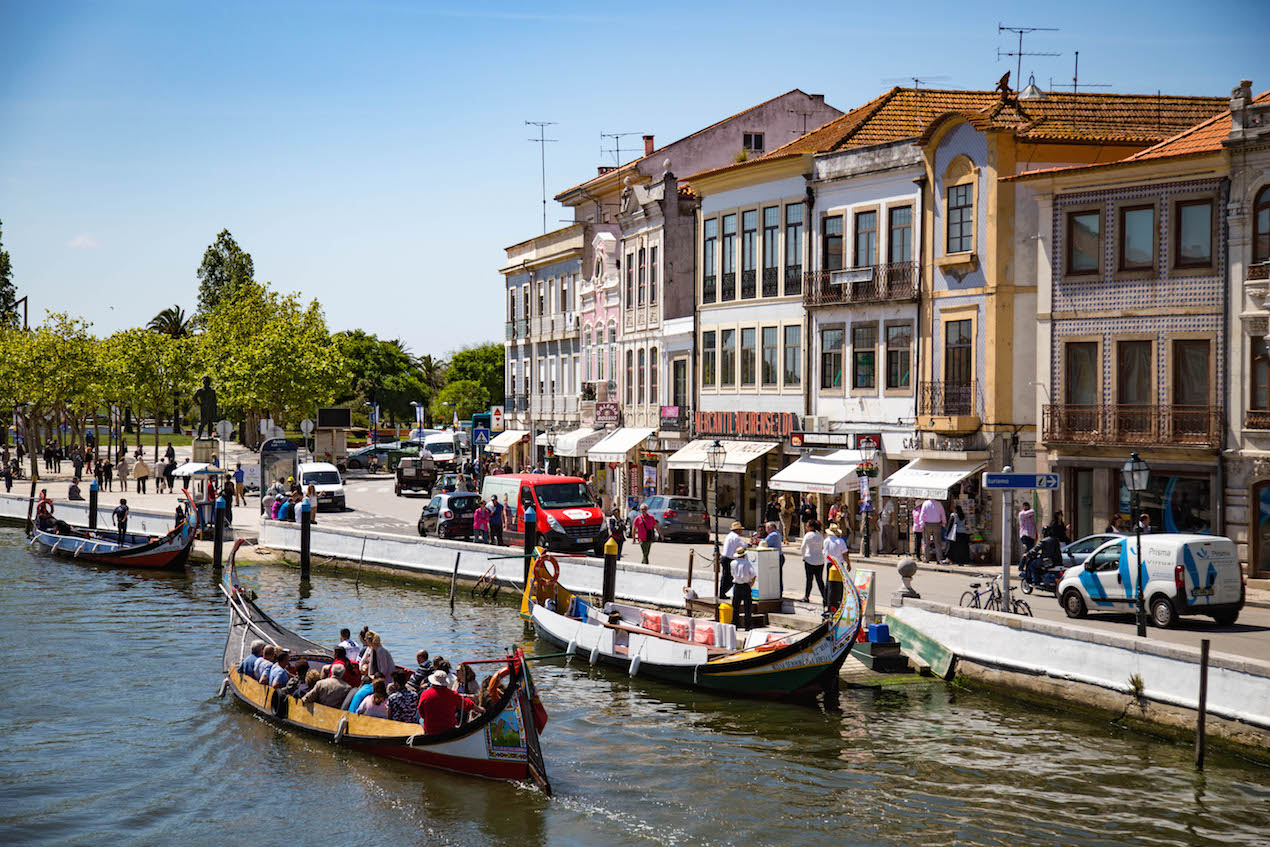 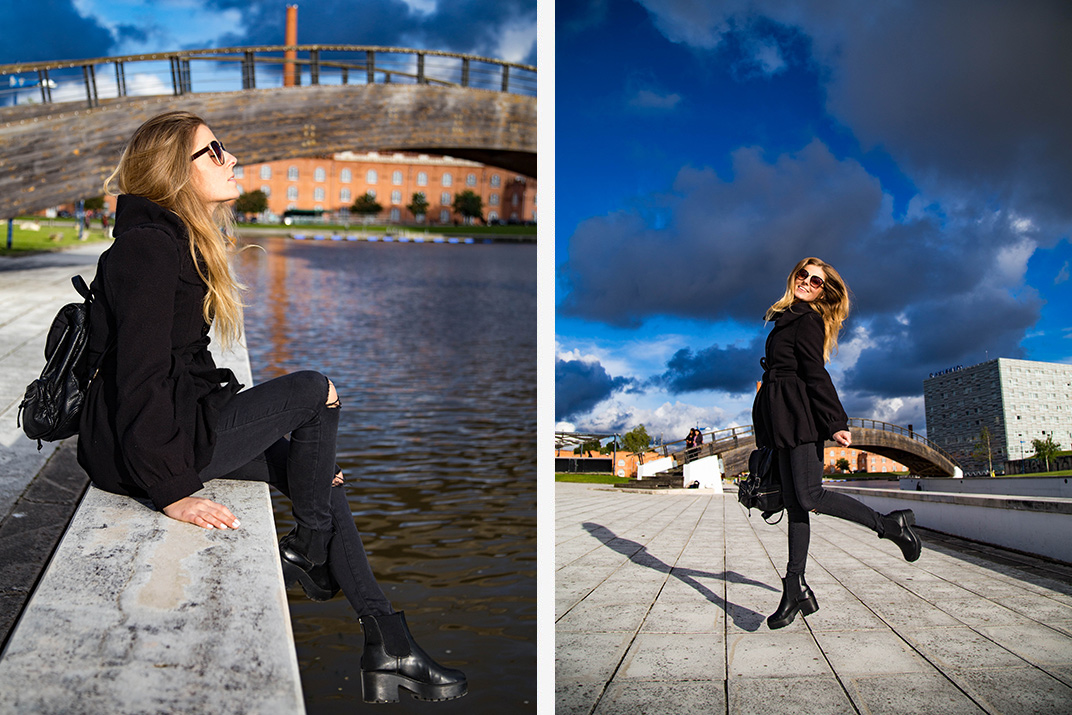 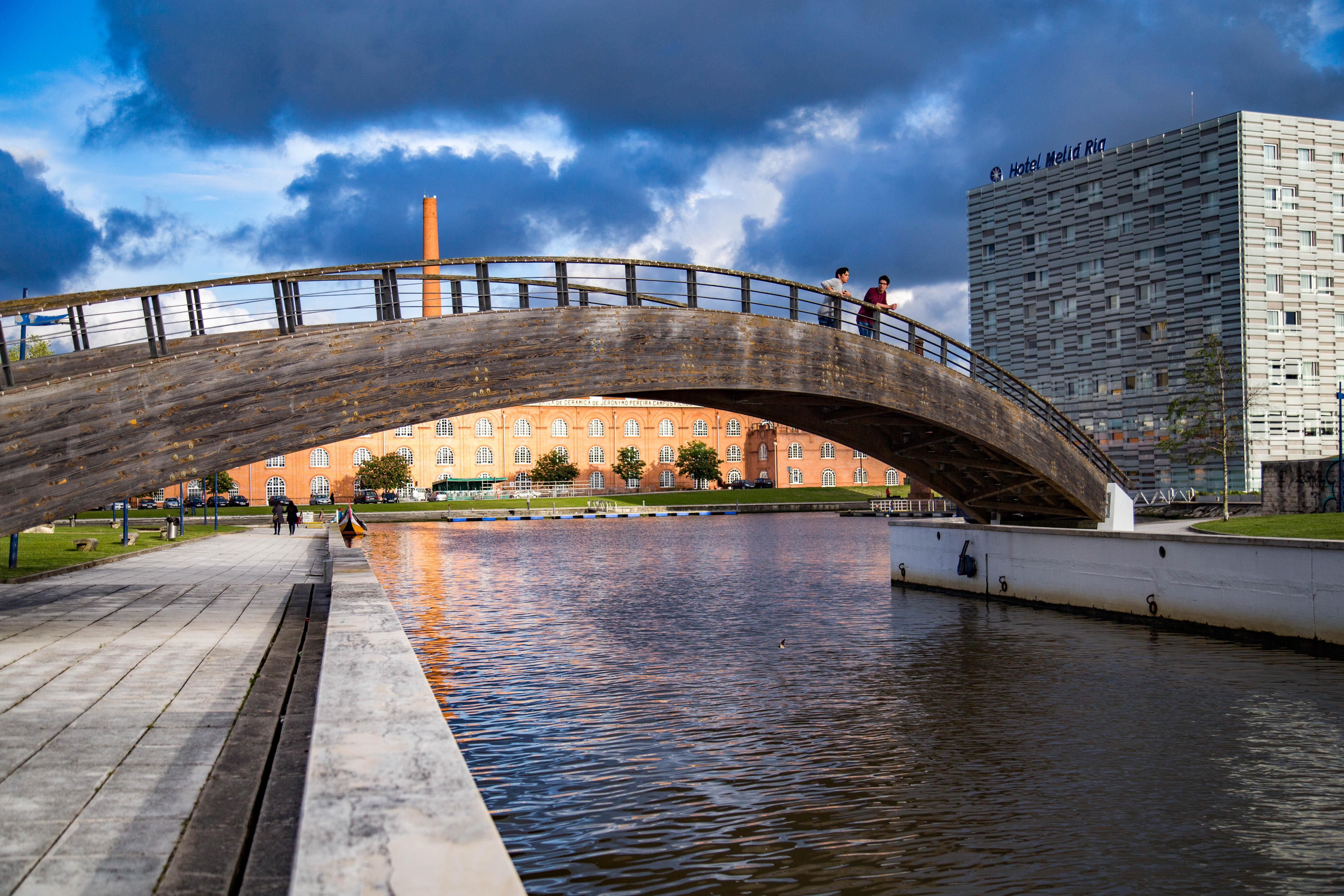 It’s the perfect way to see the locals life and taste traditional sweets such as “bolacha americana”, “pastel de nata” and “Ovos Moles”. 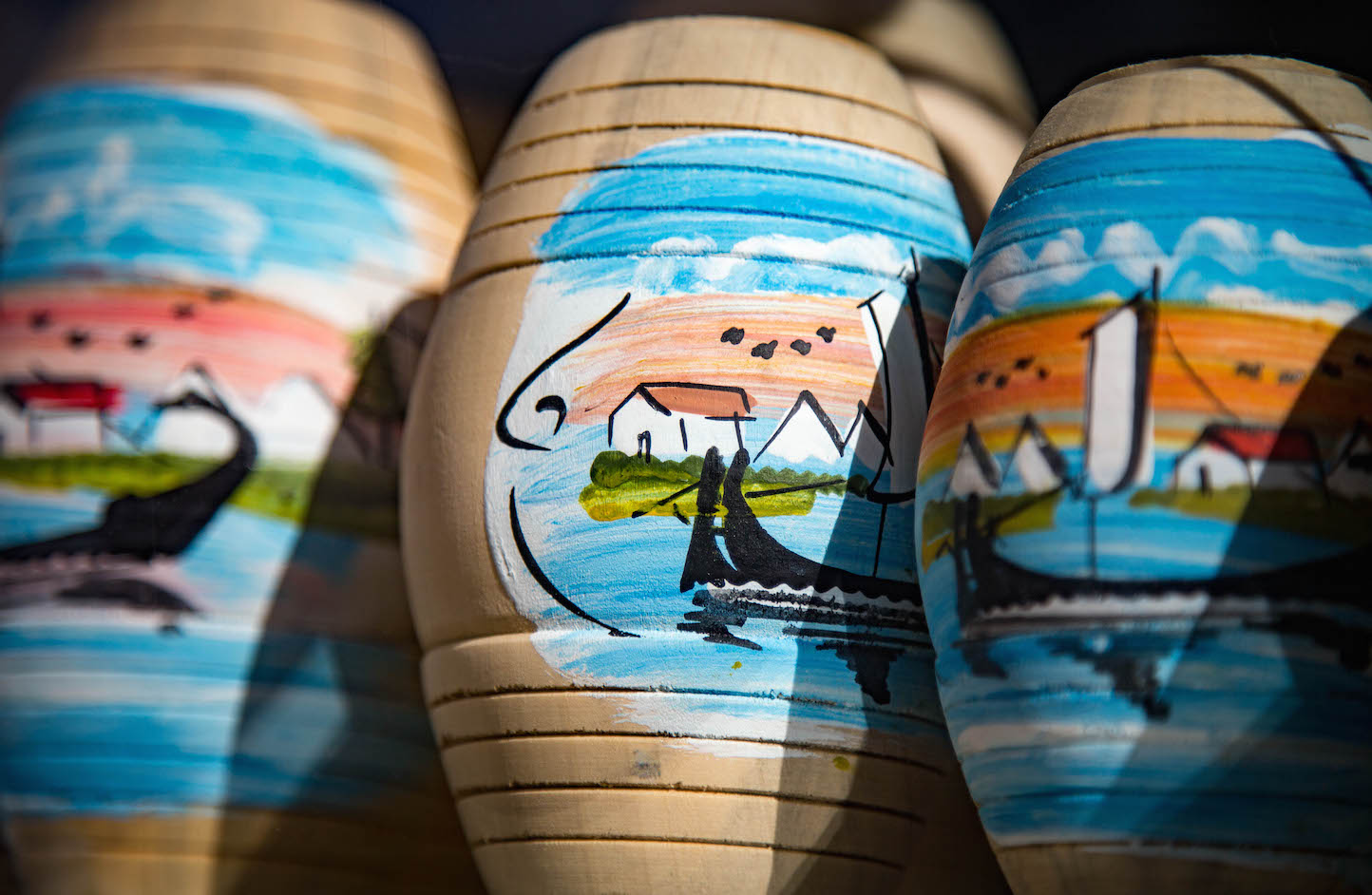 Aveiro is renowned as the city museum of Art Nouveau and Romanesque construction in Portugal. The usage of exposed iron and large, irregularly shaped pieces of glass for buildings is very common here. You can appreciate it during the boat tour which is the most popular attraction in town.

The original usage of the moliceiro was to transfer the harvest of seaweed, the main source of fertilizing the farmland of Aveiro. Nowadays, they are mostly touristic and used for boat rides along the canals. The moliceiros are known for their colors and humorous decorations that give a comical touch to the traditional Aveiro way of life.
Boat tour starts on the main square of the town and it cost 8 euros, but you also can check it online to find cheaper offers. 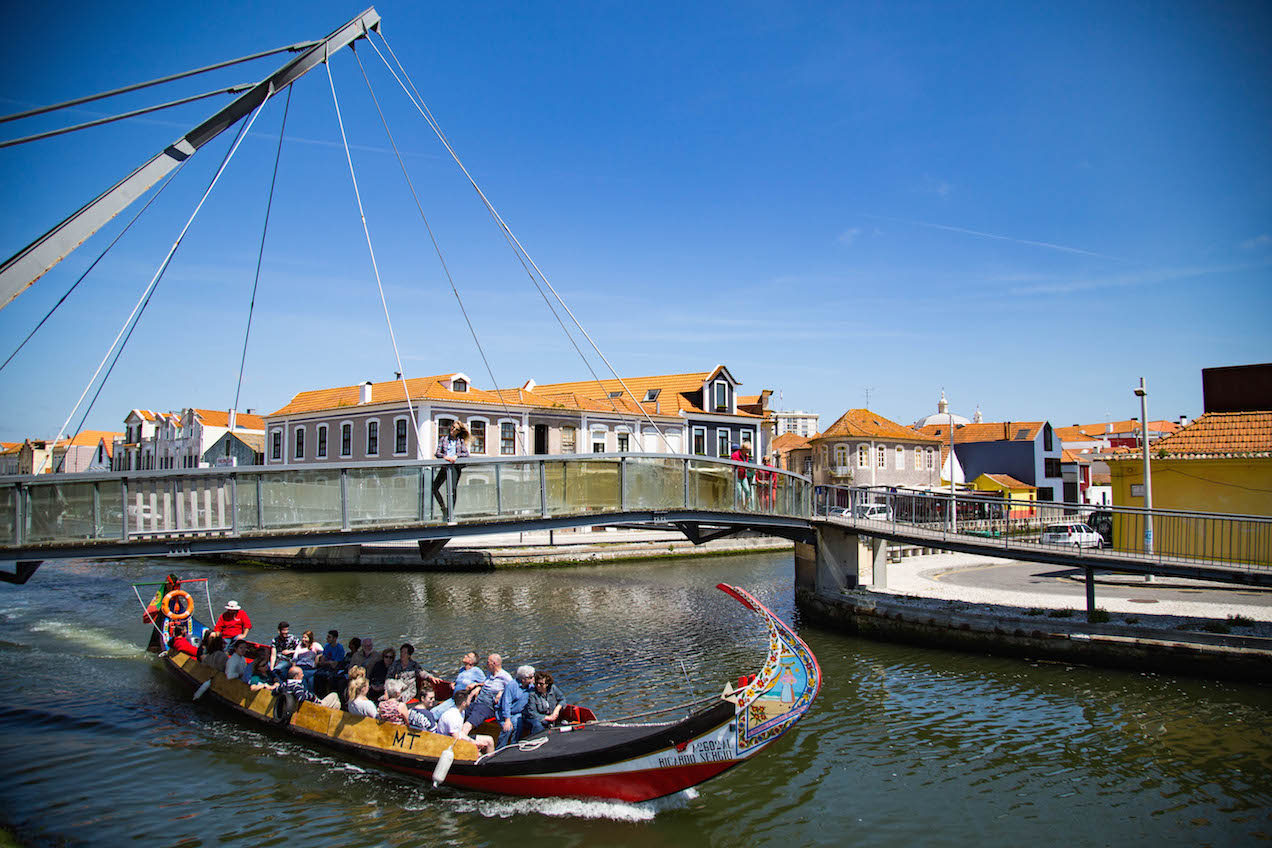 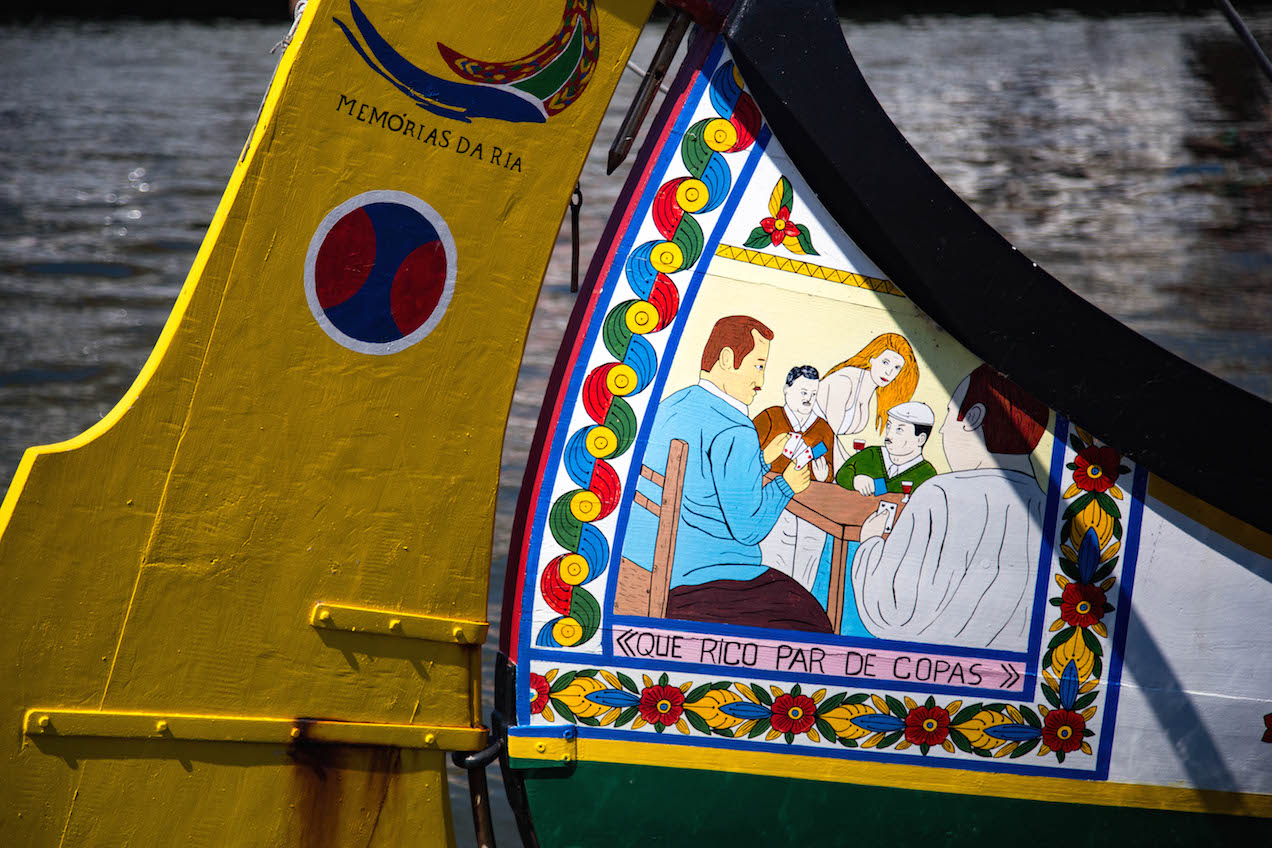 I must not forget to mention the “Salinas de Aveiro“. The salt production has played a major role in the economy of this region. Nowadays this activity has decreased and only a few salt ponds have remained. 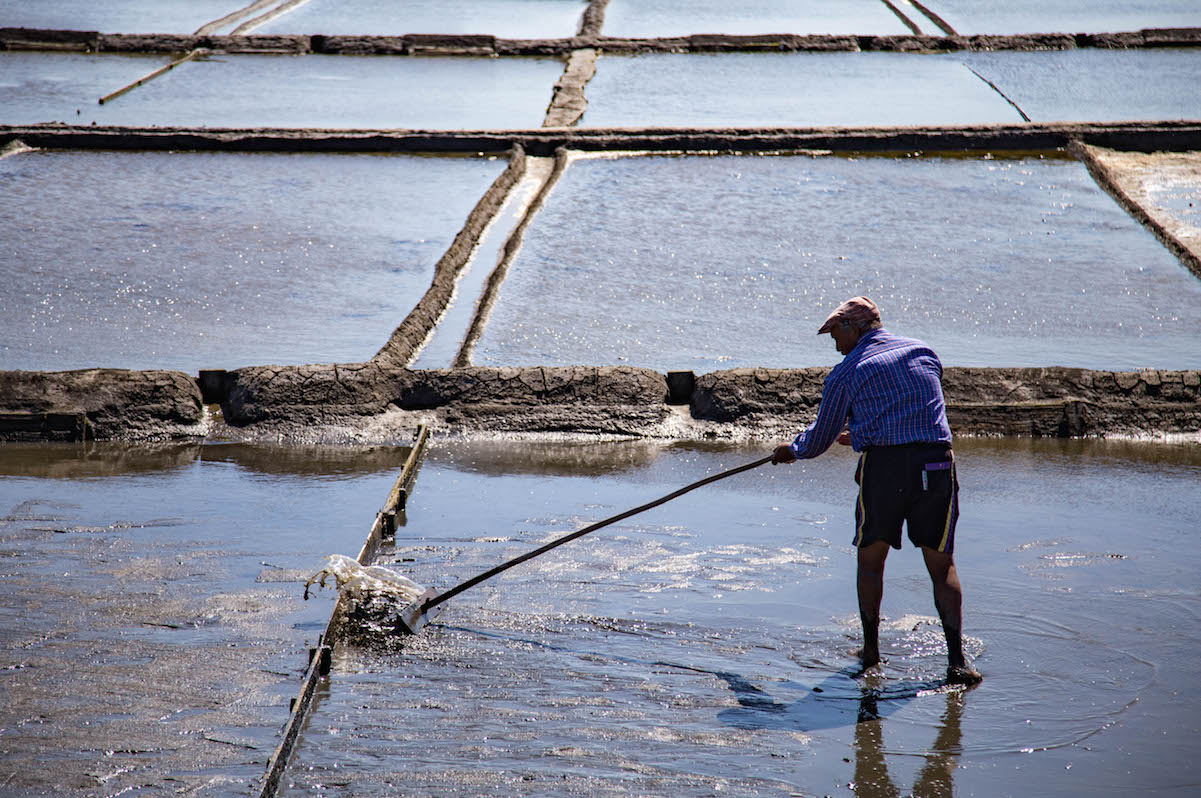 I would recommend to everyone at least one day trip to Aveiro, especially if you are staying for more time in Porto. It’s only one hour trip and there are a lot of things to discover.