The bus ride took around 8/9 hours from Singapore to Malacca due to heavy traffic jam and border crossing.
Like many other travelers, we came to Malacca for a short stay, two nights at Ringo’s Foyer Guest House. The most chilled hostel we have been so far. 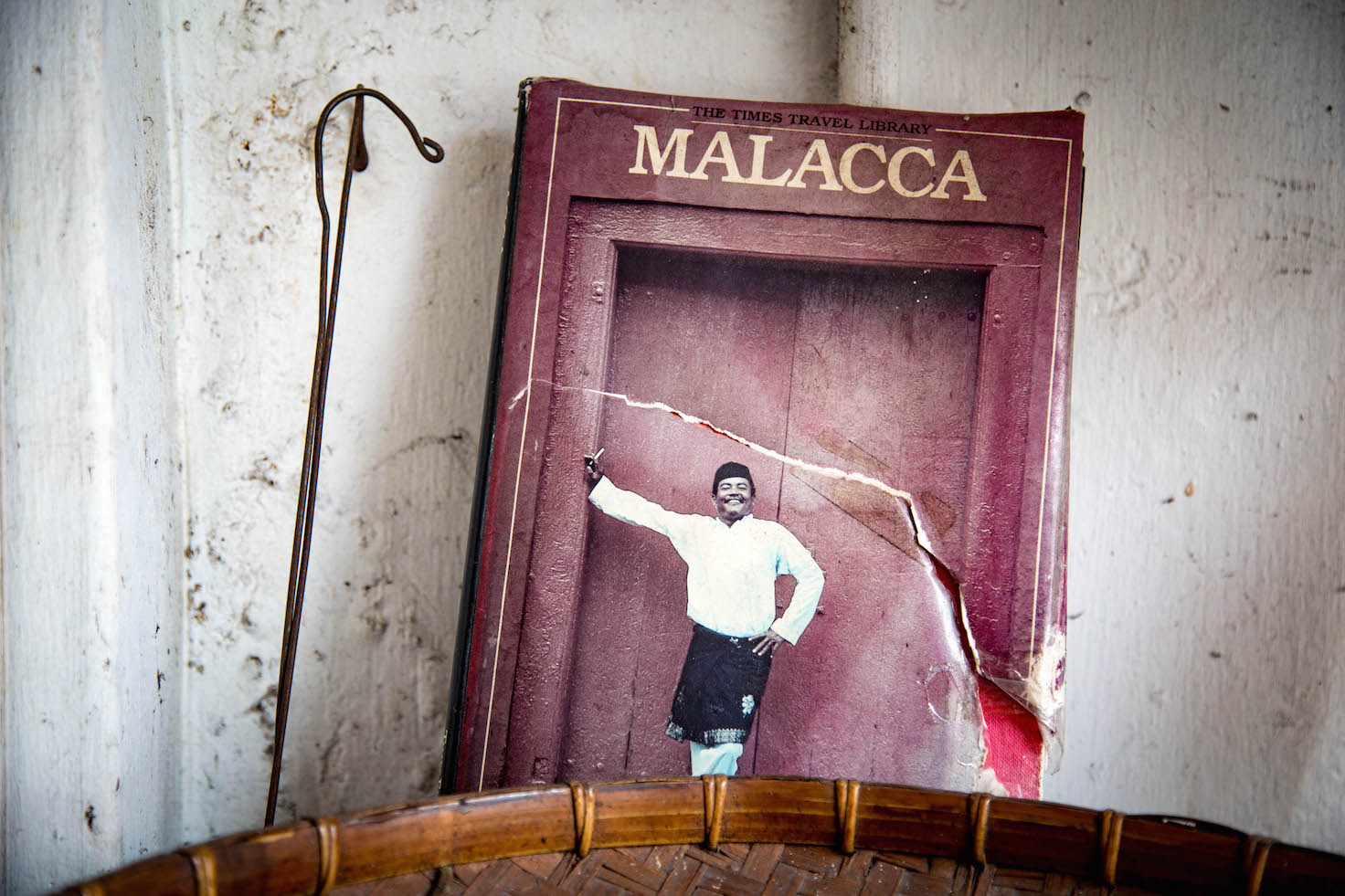 The UNESCO World Heritage City of Malacca has an interesting and rich historical background. In the old days, a humble fishing village grew into the region’s most important trading post. For years, Malacca flourished under the watchful eyes of the Malay Sultans and the Chinese, until the struggle of power among the Portuguese, Dutch, and English, led to its decay leaving behind a deep cultural European influence.

One of the things that called our attention was its people. An authentic plurality of cultures, Malays, Chinese, Indians, Kristang, Dutch Eurasian and the Temuan. Always receiving us with a smile and trying to maintain a conversation, asking from where we were or if we already taste any typical Malaysian dish. Most of them spoke English turning our communication easier than in Thailand and Vietnam. We felt overwhelmed by the way we were received in this country. 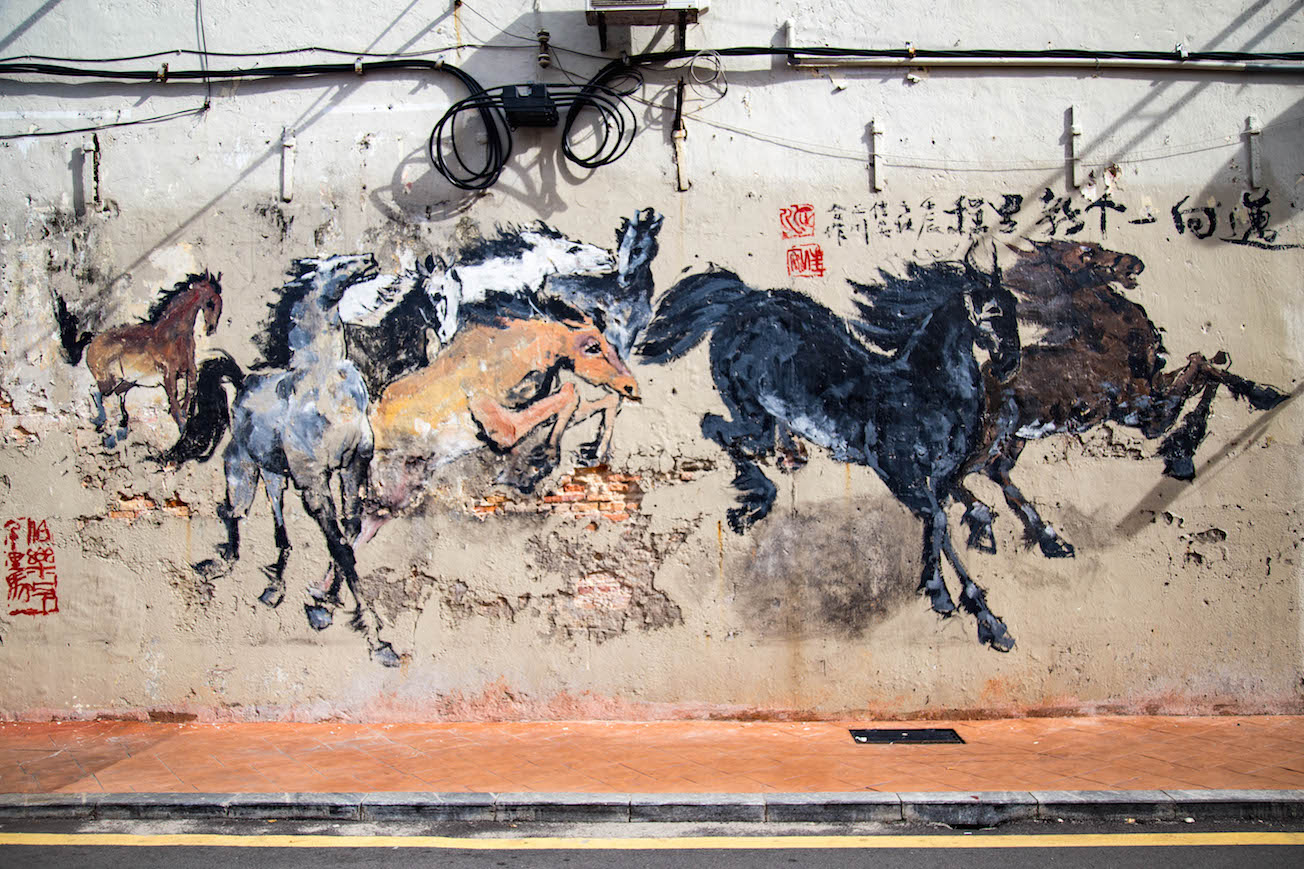 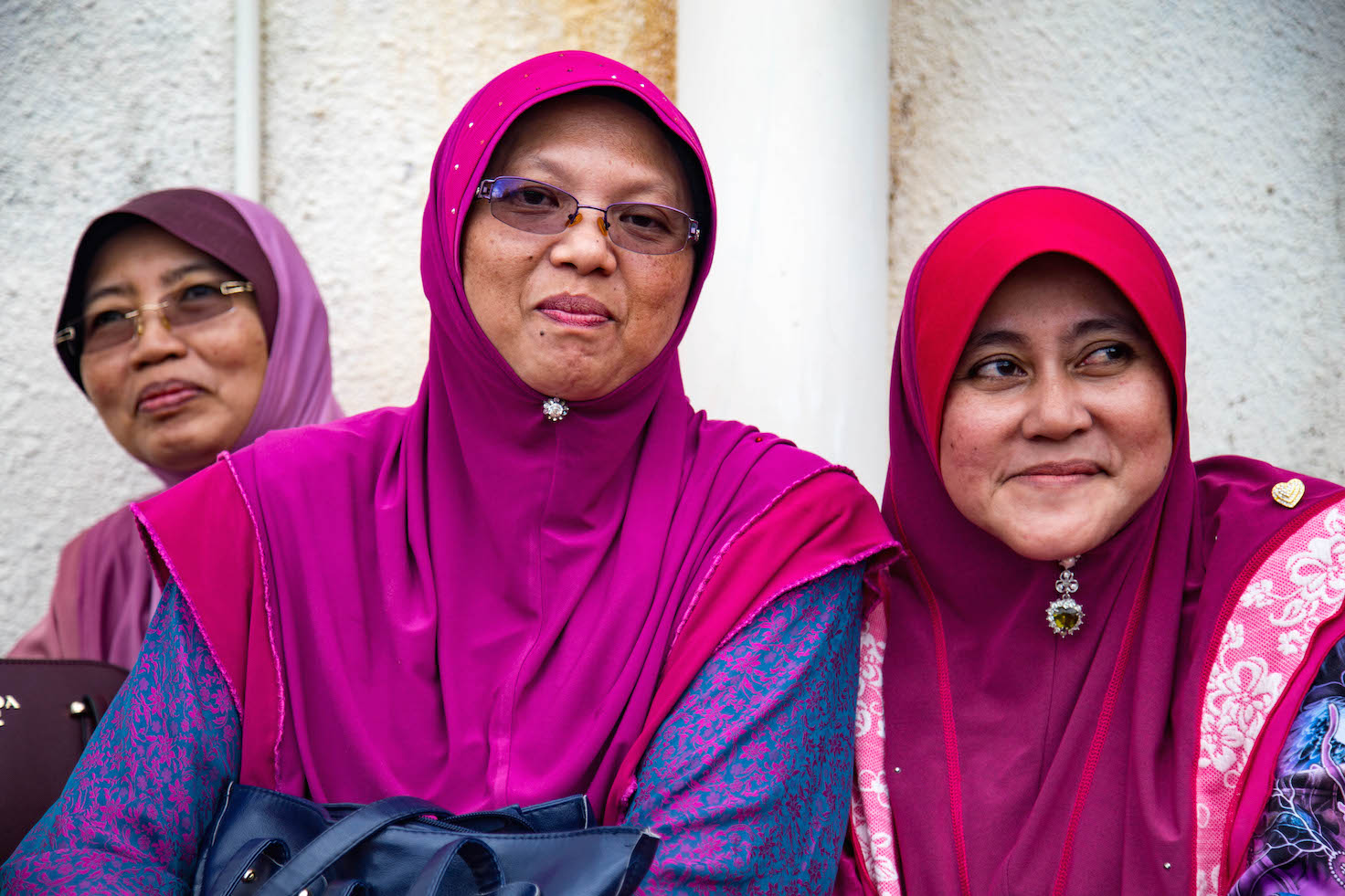 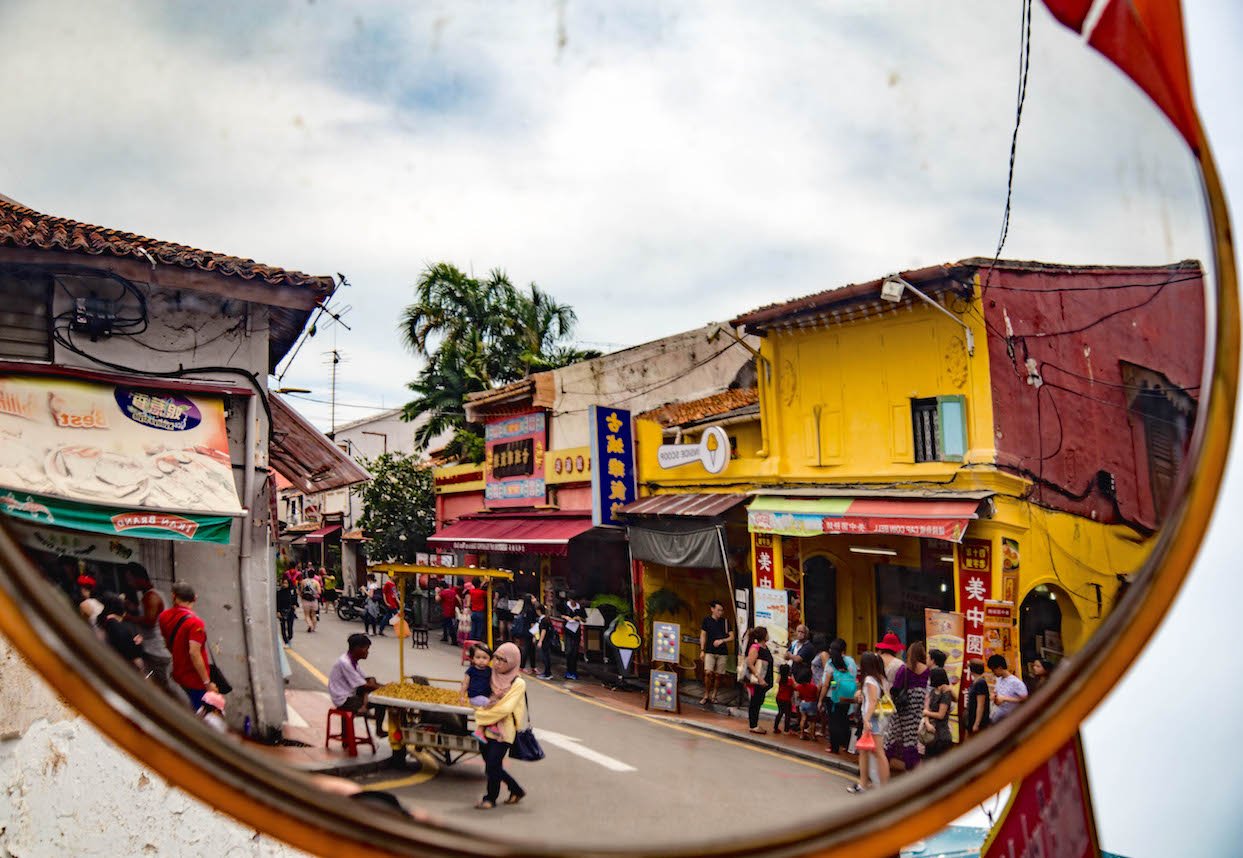 The first attraction we visited was A Famosa or Porta de Santiago, a fort overlooking the river, built by the Portuguese in the 16th Century. Before, within the fort walls, there were housing, food stores, a castle, a meeting room for the Portuguese Council and five churches. A seven-month attack by the Dutch destroyed the entire fortress, leaving only the entrance facade and the structure of St. Paul’s Church at the top of the hill. Once, a historical prayer place for the Portuguese Catholics later turned into a burial for those who were killed. 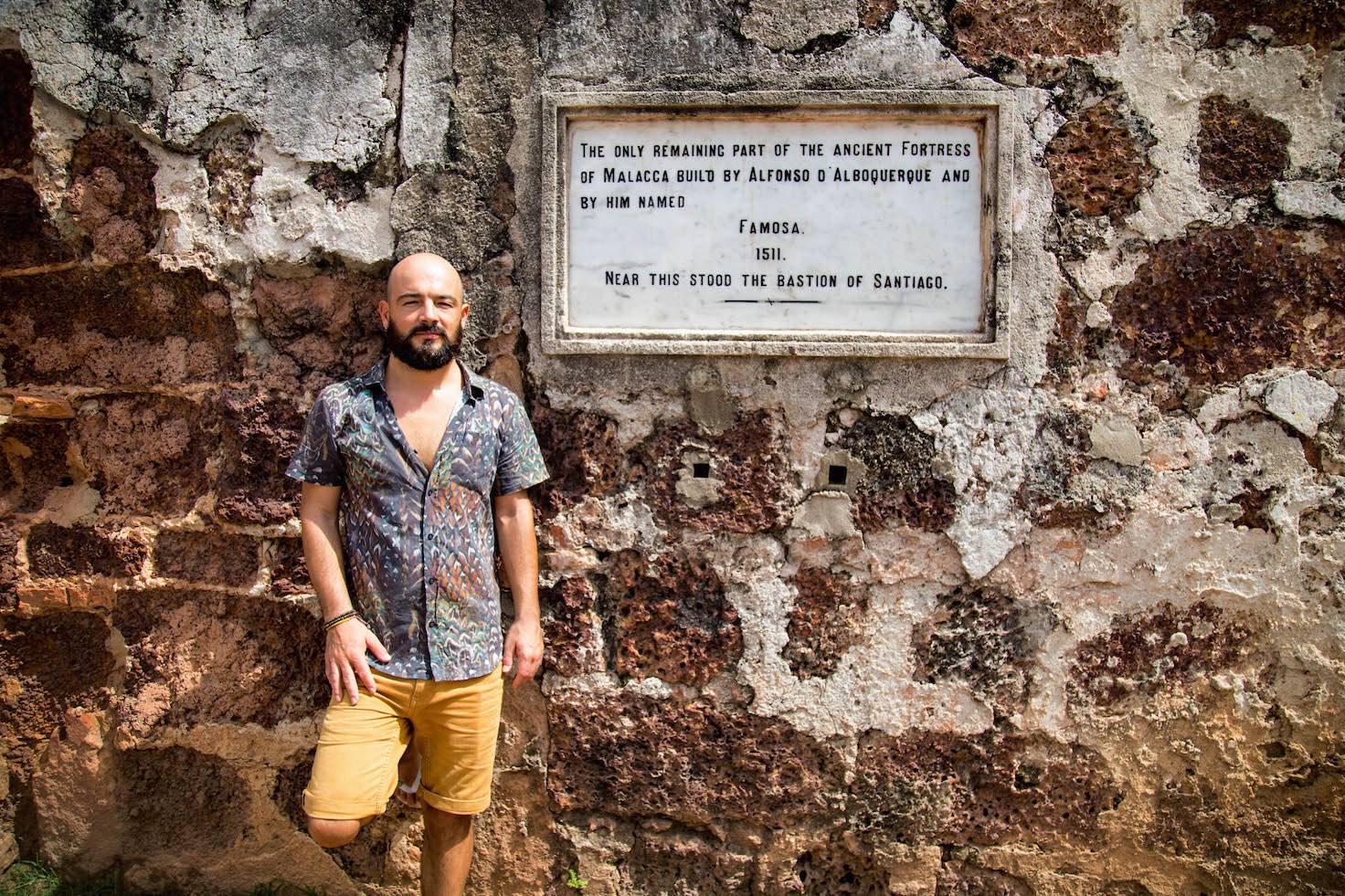 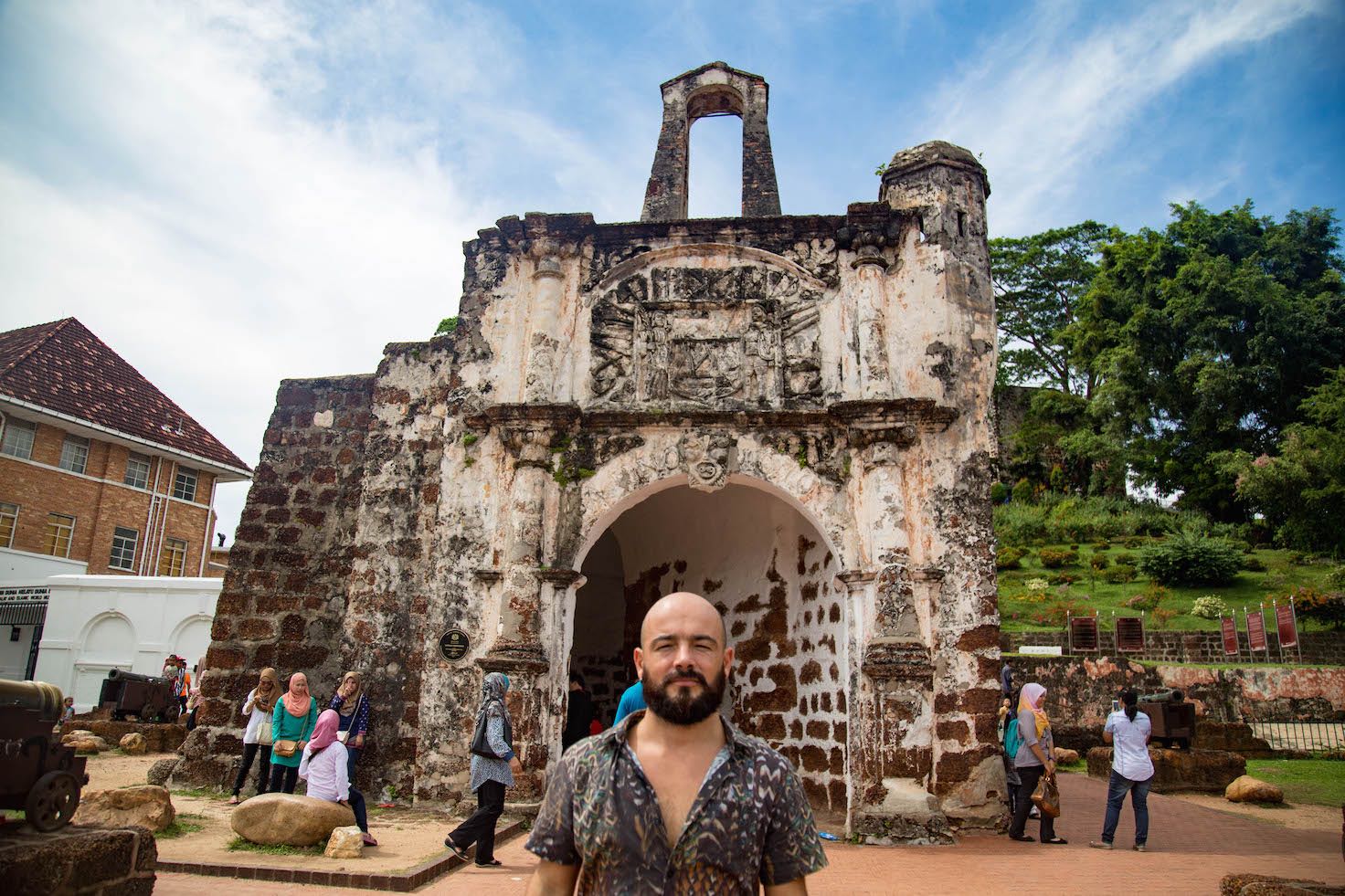 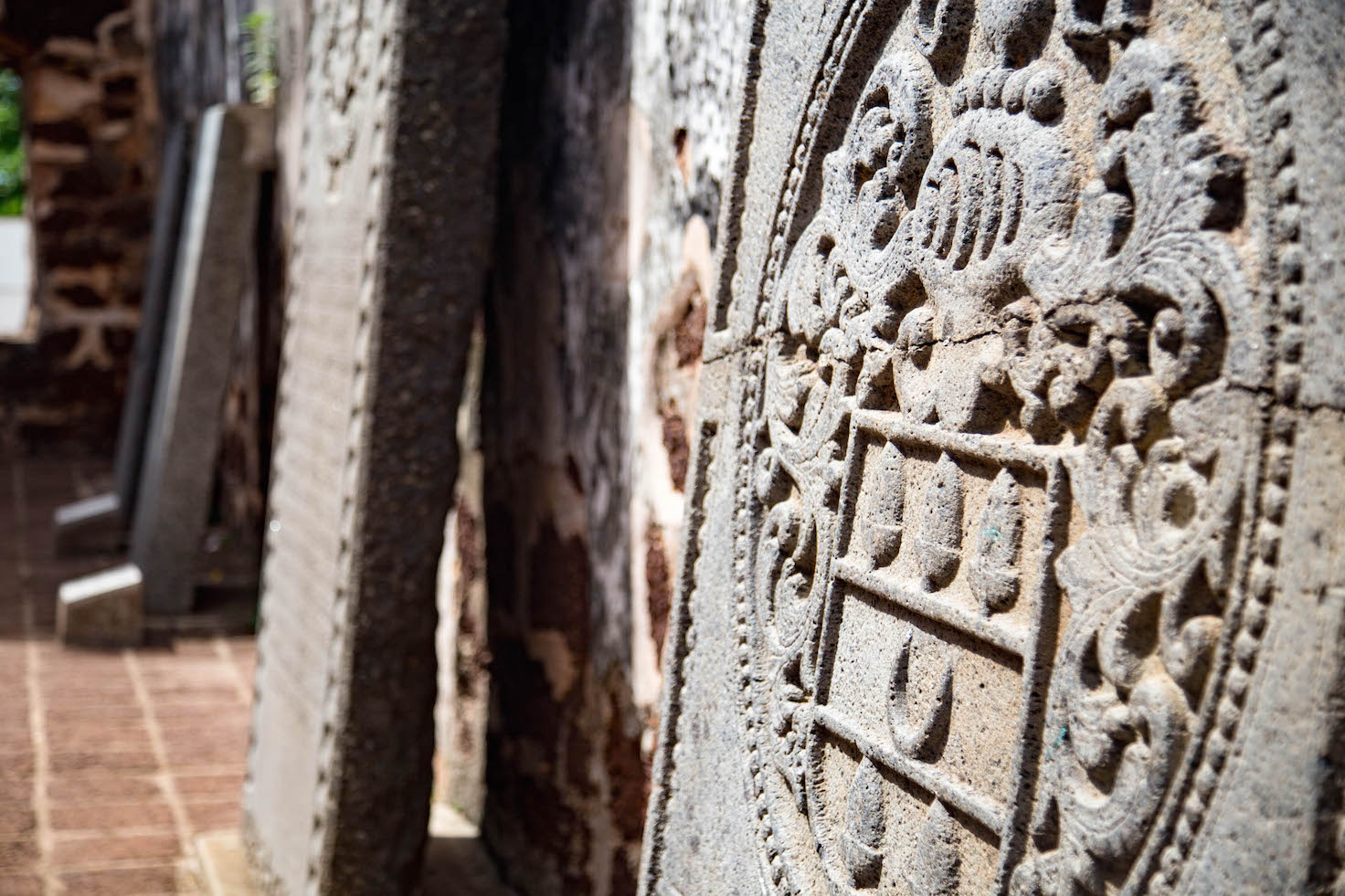 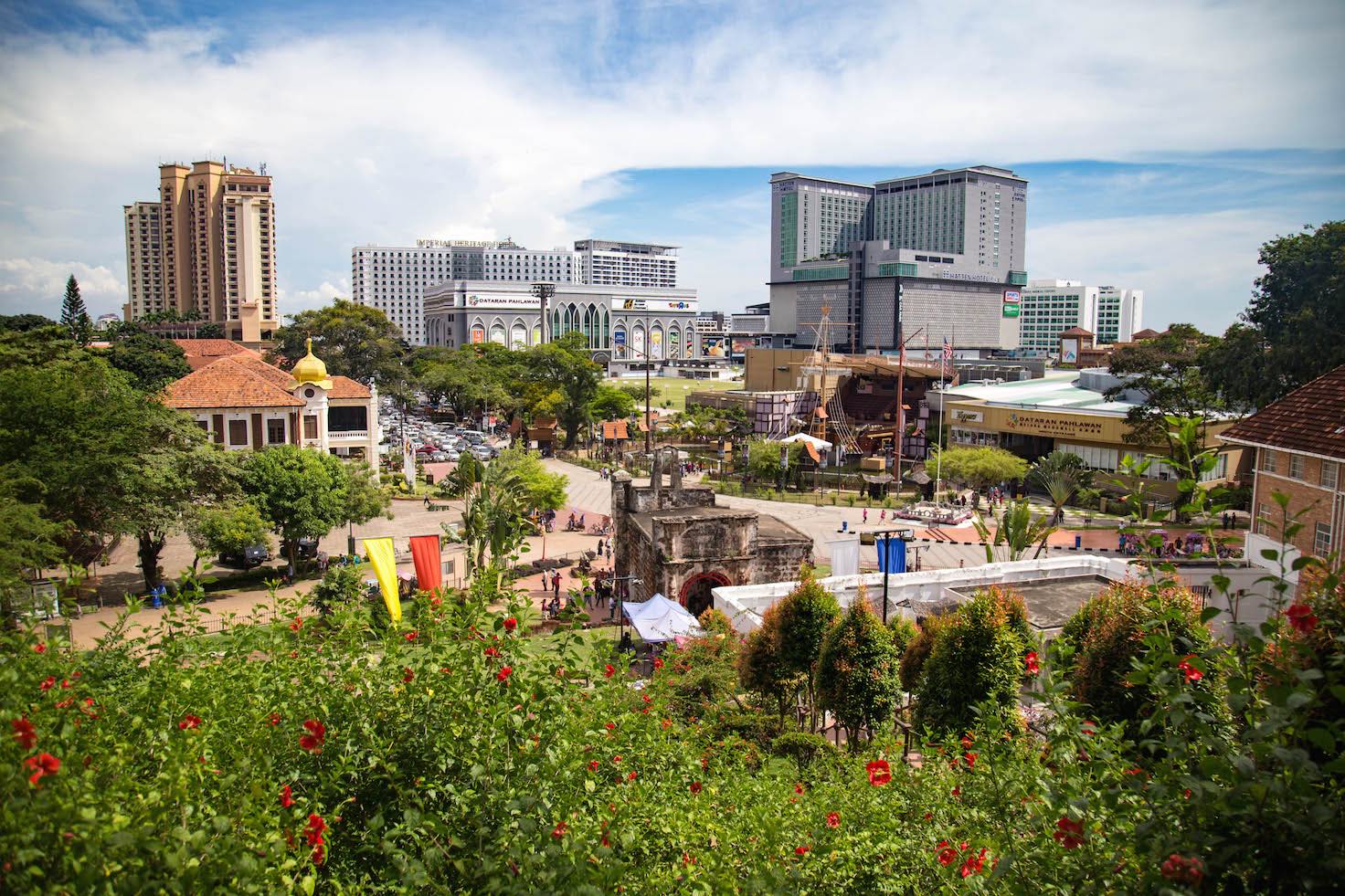 The Dutch Square also called Red Square is undoubtedly the “pride” of the town. It hosts the most popular buildings including the Red Clock Tower, Queen Victoria’s Fountain and the Stadthuys (the official residence of the Dutch Governor in 1650) turned into an Ethnography Museum. 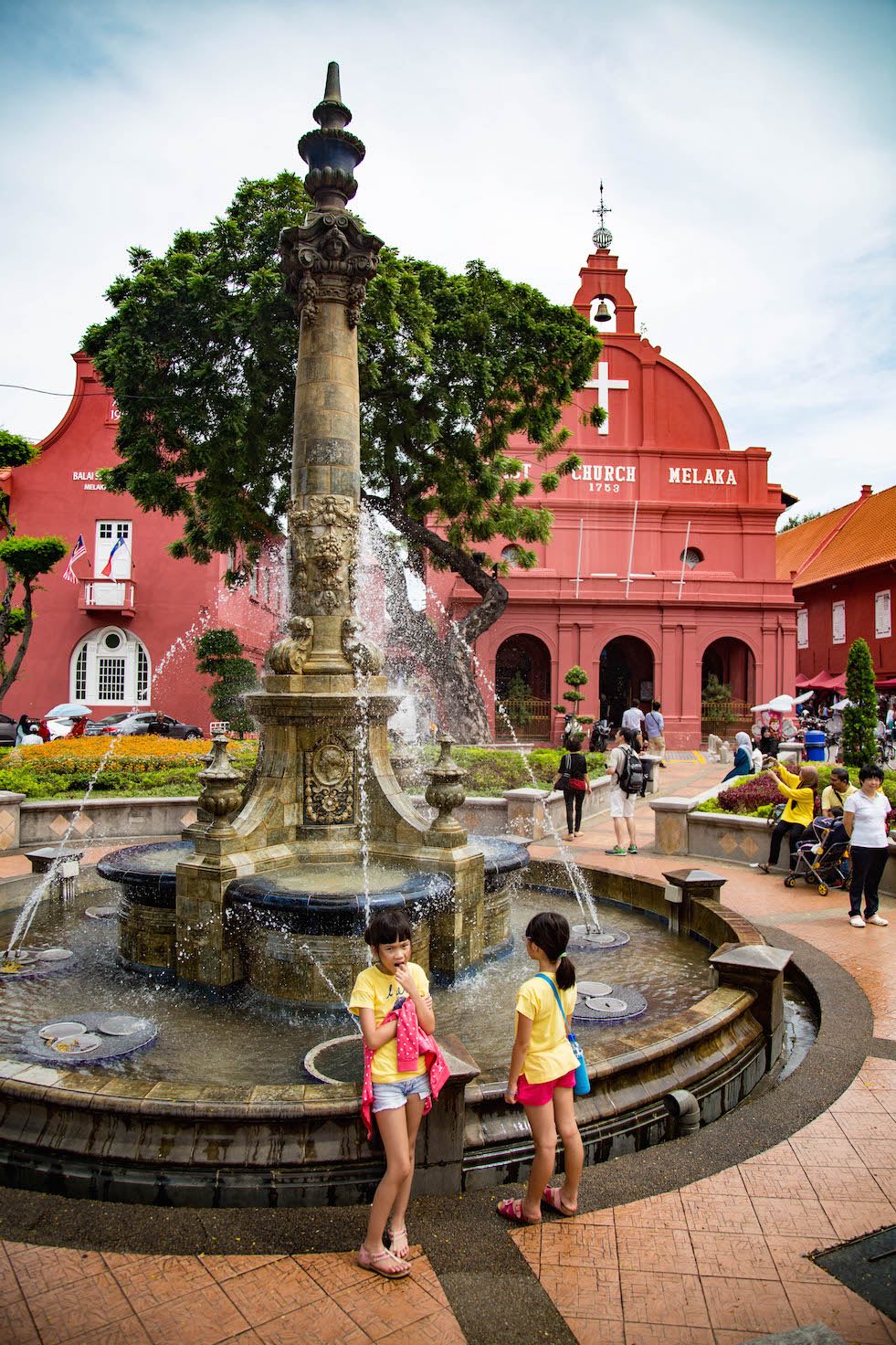 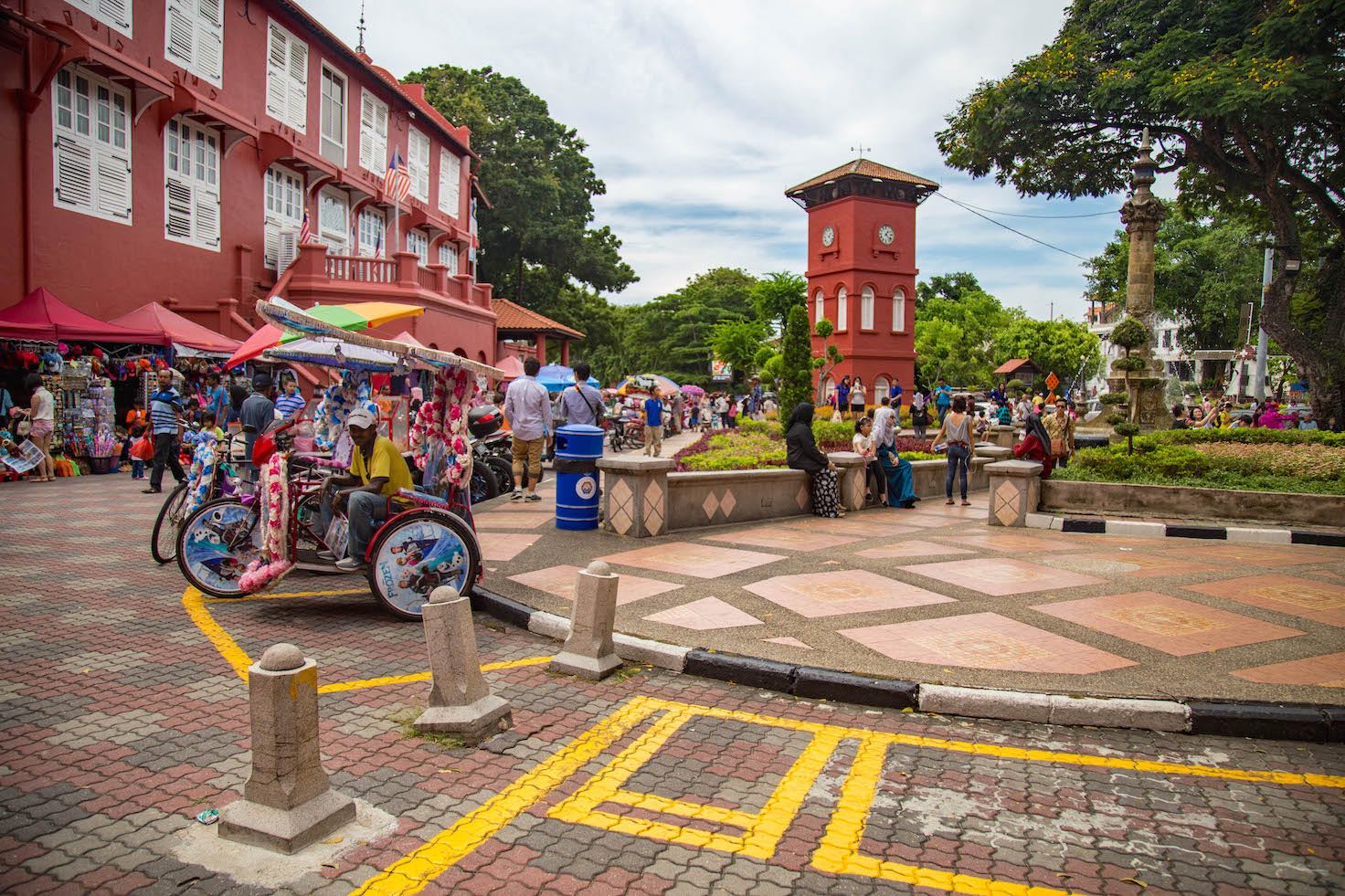 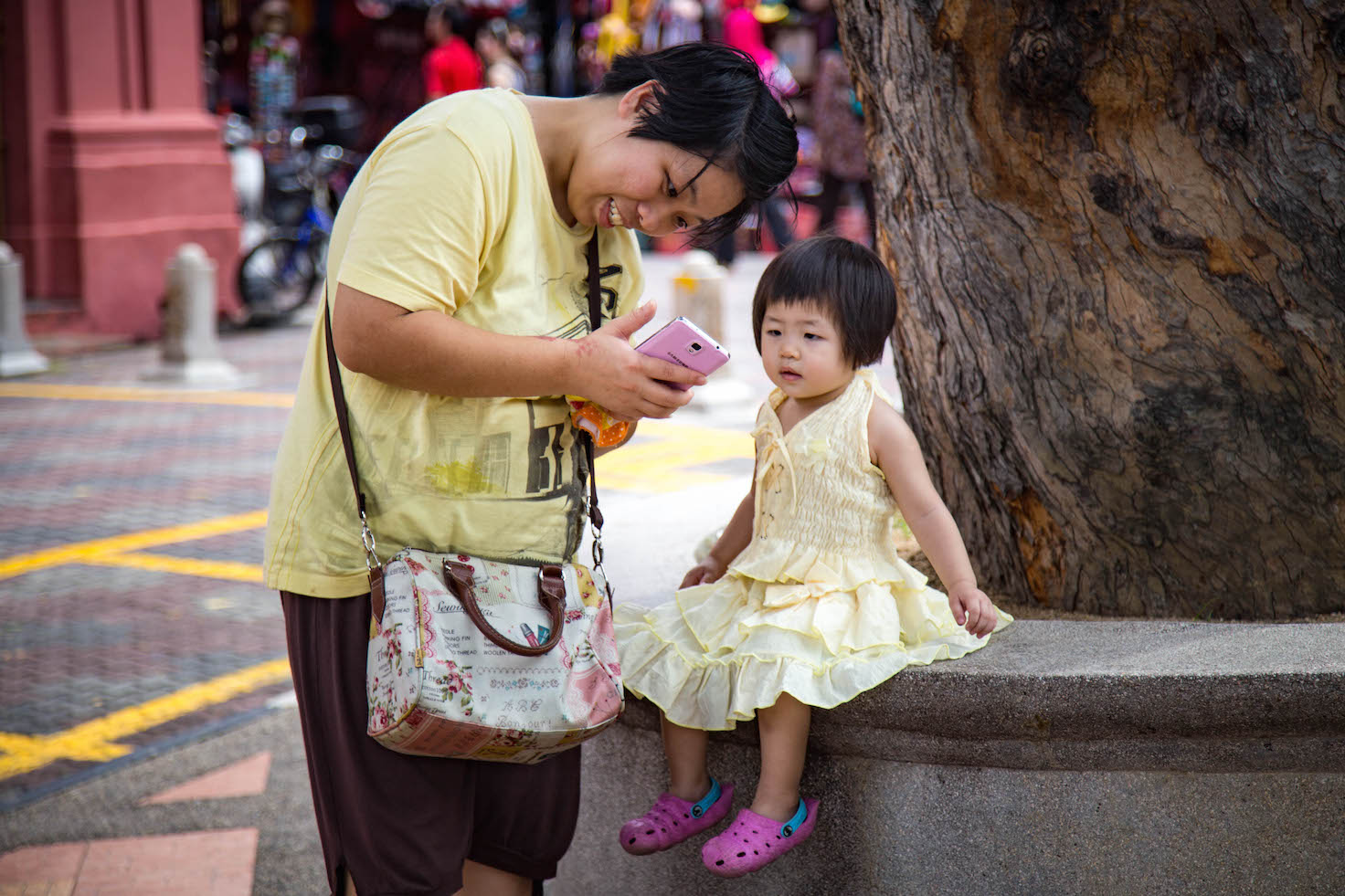 However, the biggest and favorite place for us was the Jonker Street “Jalan Hang Jebat”, a haven for antique collectors and bargain hunters. The street is filled with authentic artifacts and relics, each with its own history and mystery. There were so many things to see and to do that our wallets got lighter. Not forget to mention about the food market held every weekend, where all the locals meet and spent their evenings together. 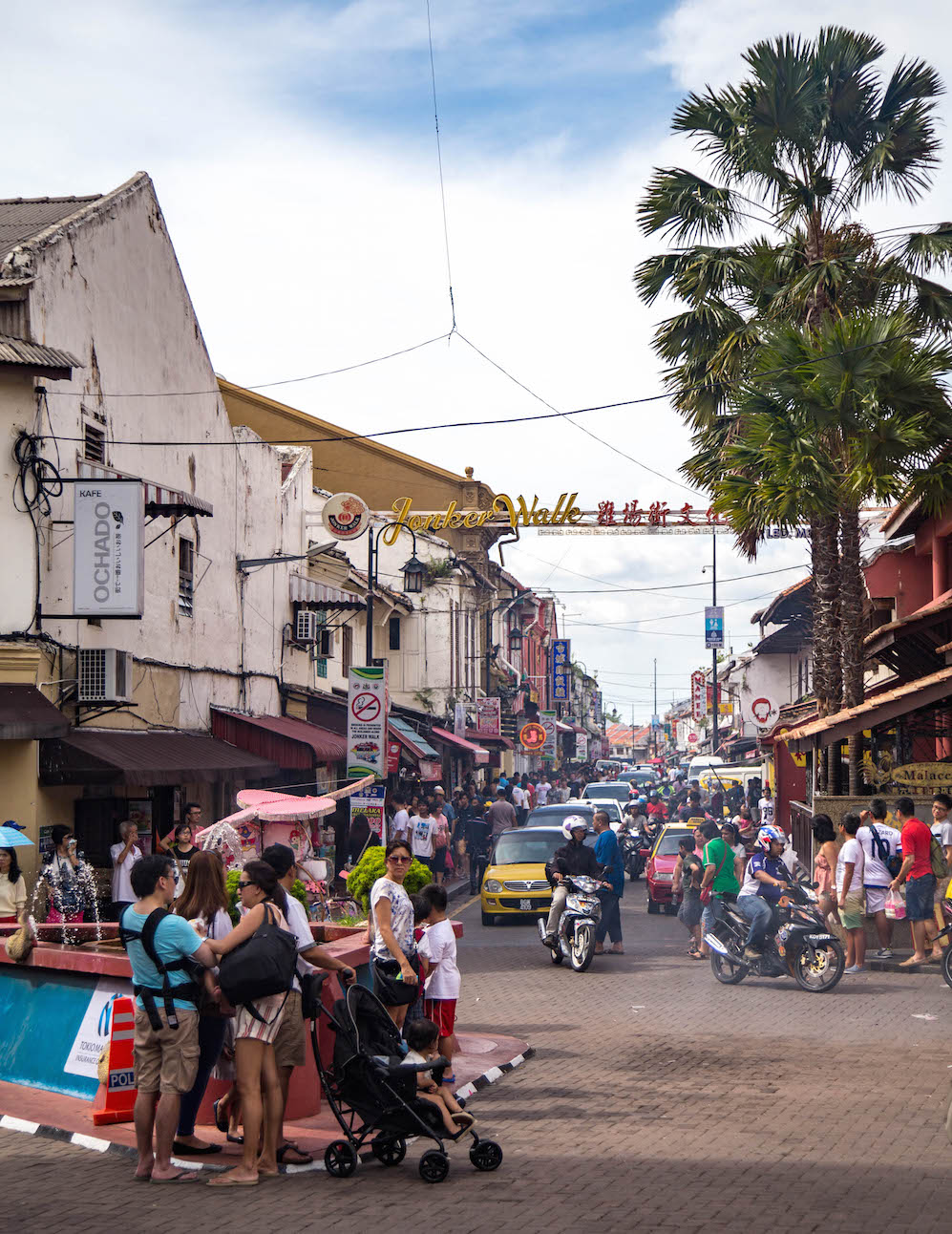 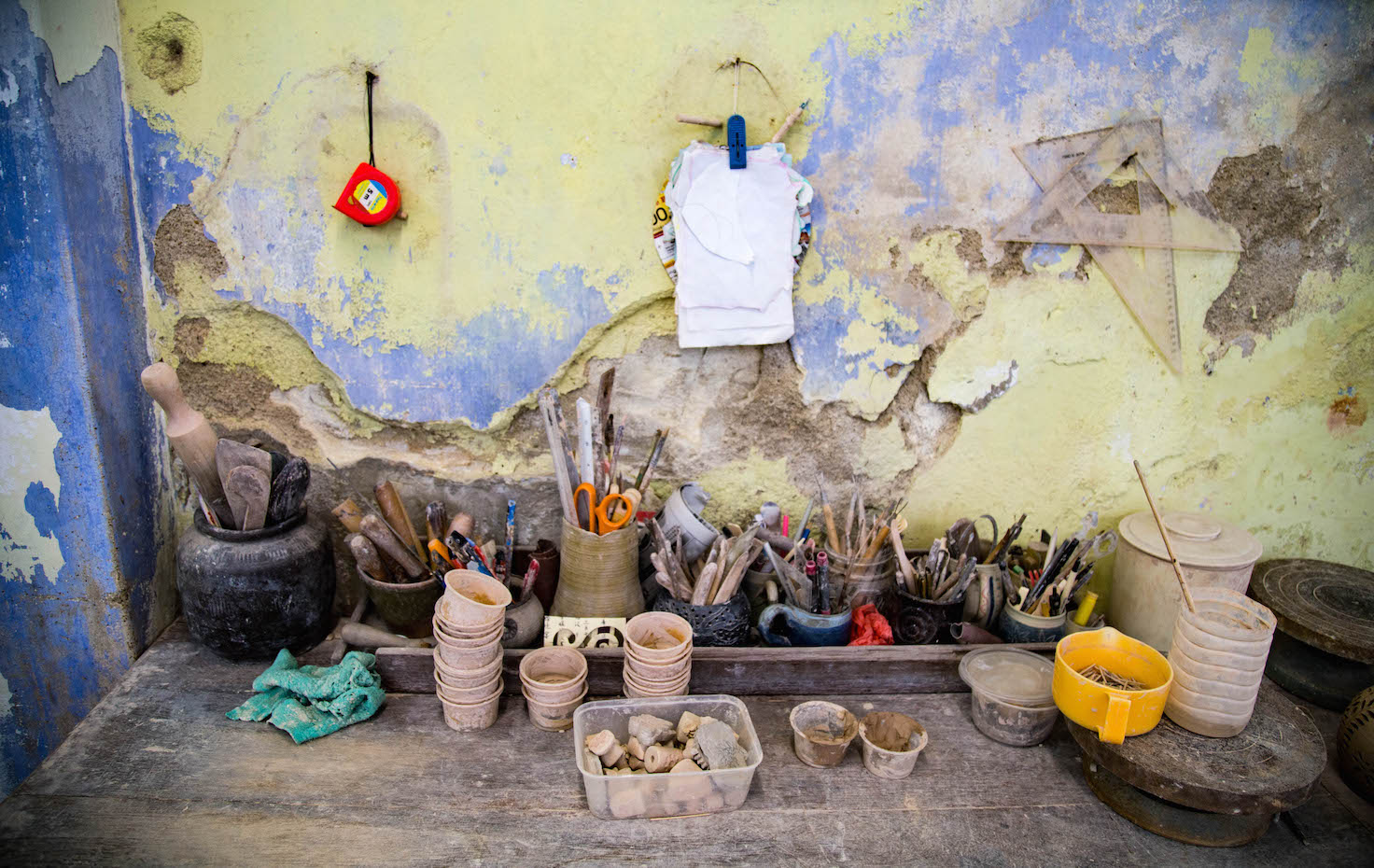 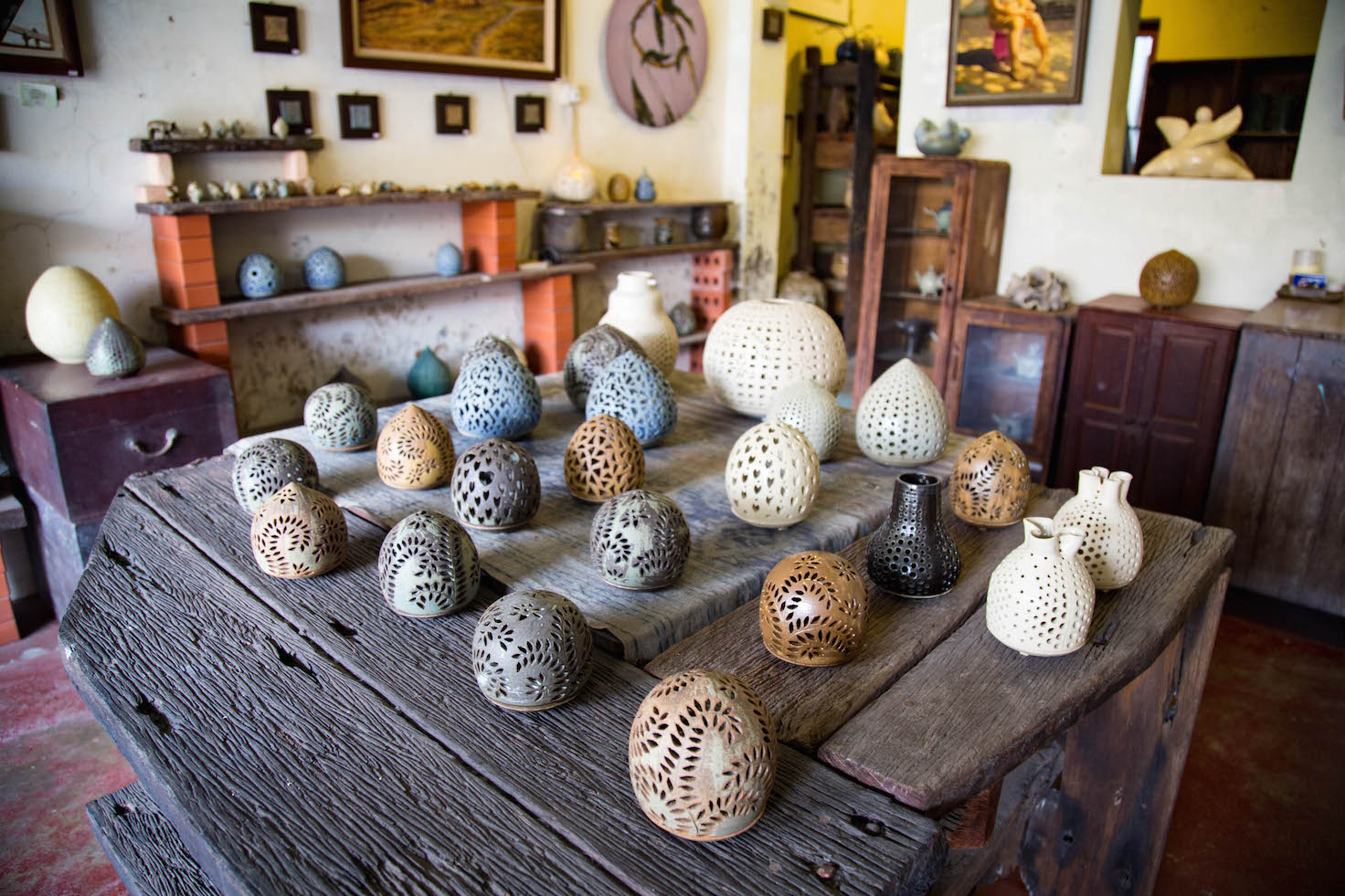 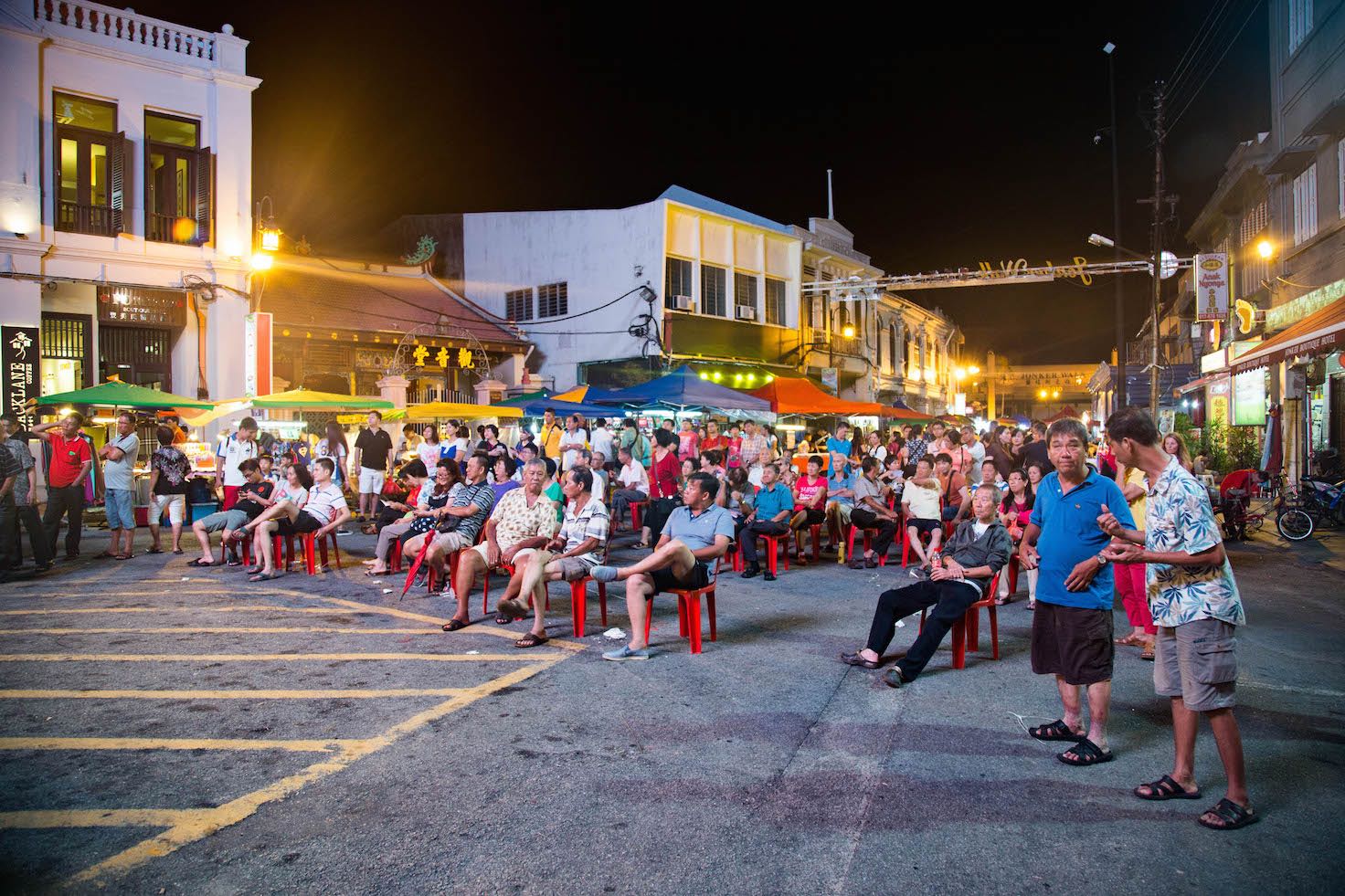 The most notable landmark of Malacca is located at the beginning of Jonker Street, the ancient Chinese Temple “Cheng Hoon Teng” built in 1646 and considered to be the oldest Buddhist place of worship in Malaysia. 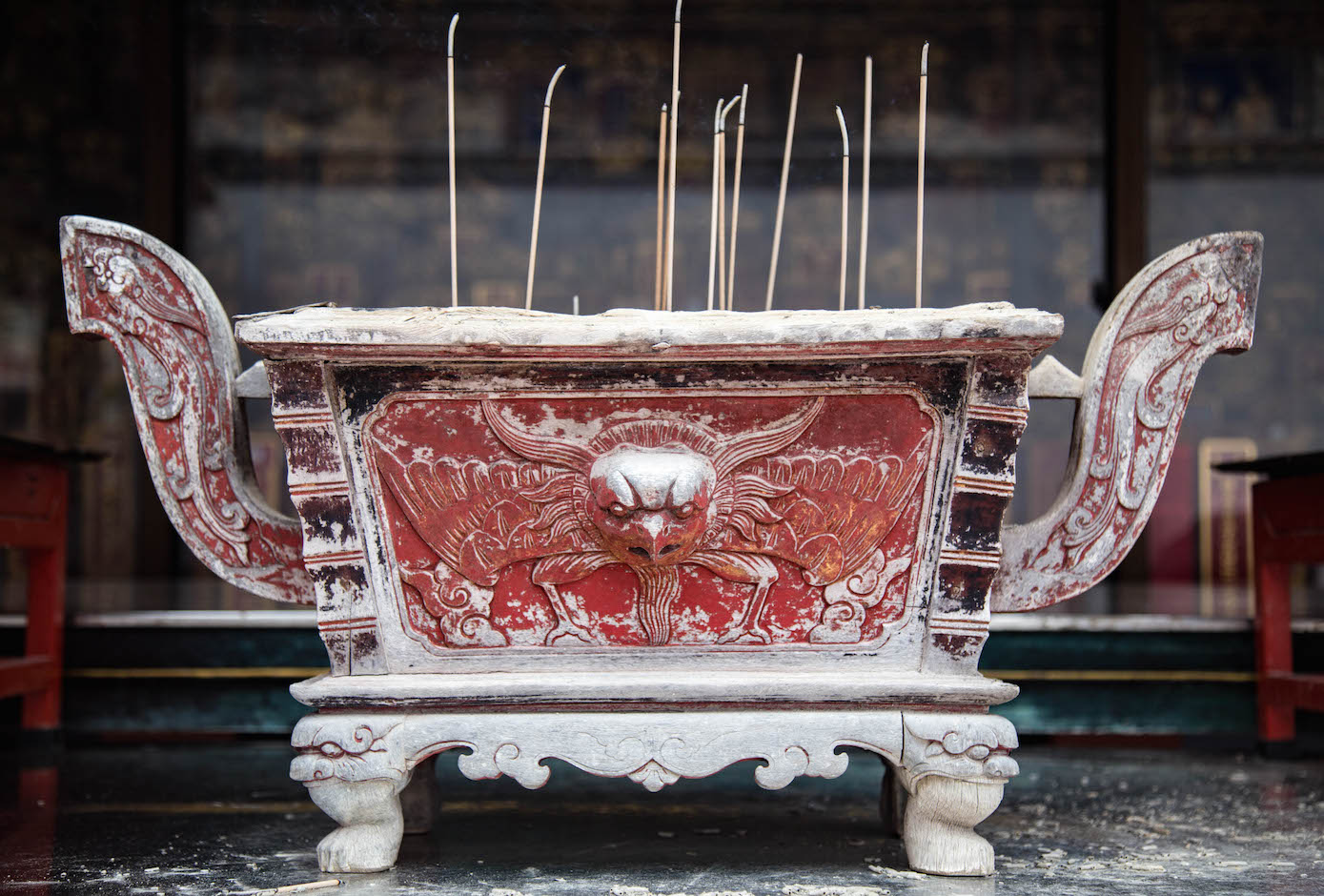 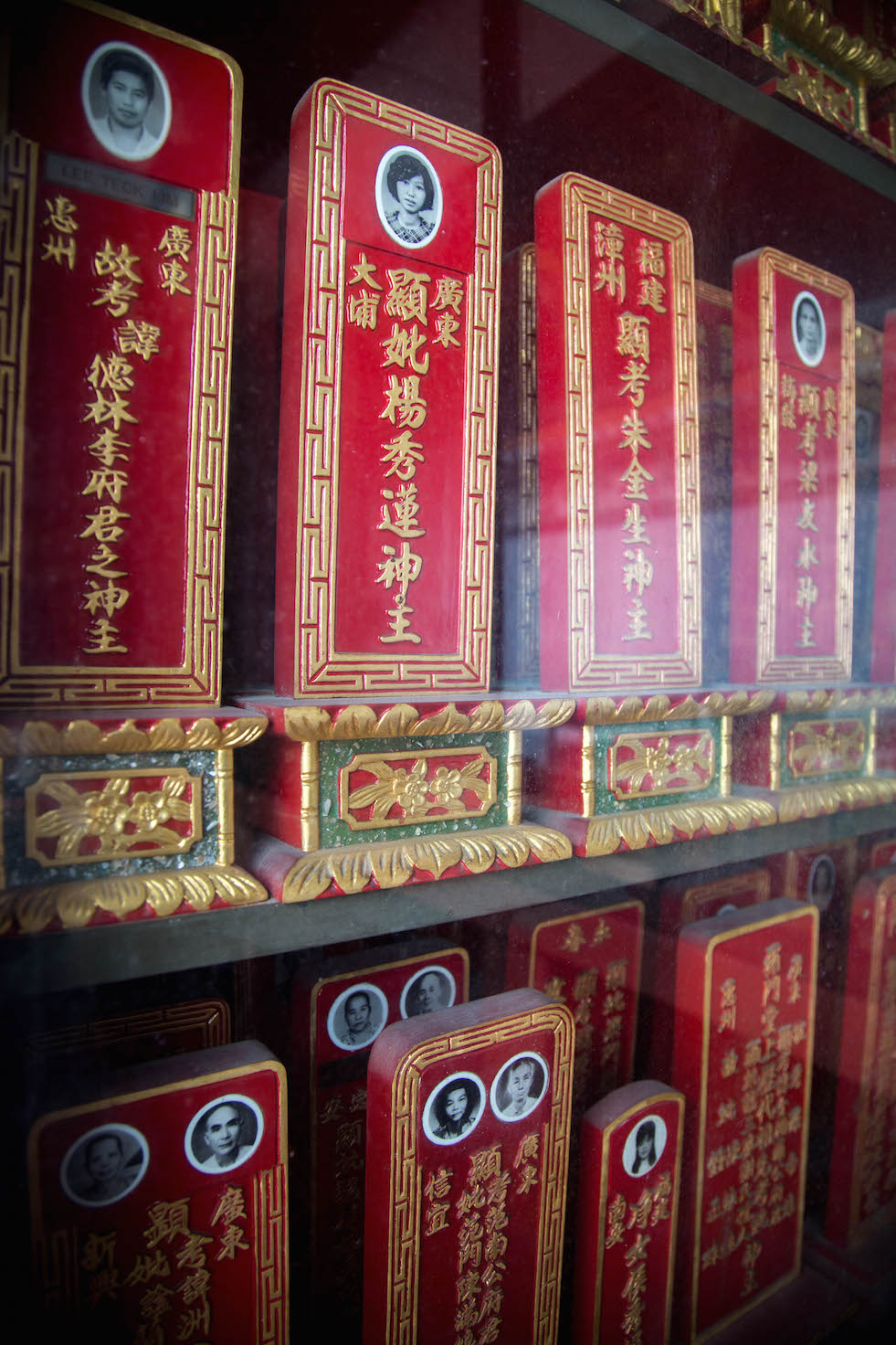 Day after day, we were discovering new corners of this little town.
Visiting the river side we stumbled upon this colorful building next to where we had lunch for 5 RM (1.5 Euro) each! 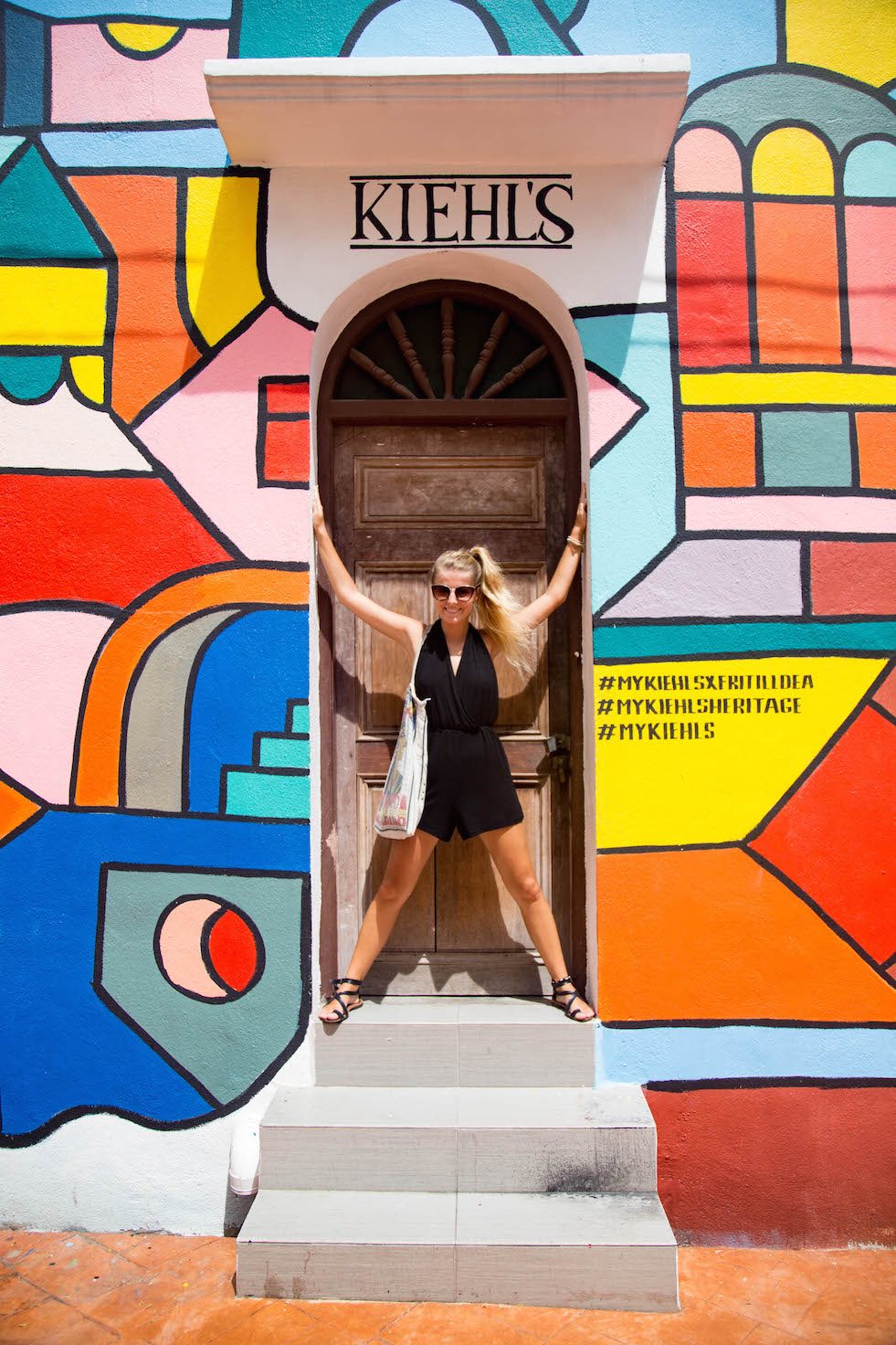 Walking the riverfront was a romantic stroll with old-fashioned street lamps, red-roofed buildings. From far we spotted a huge ship “‘Flora De La Mar” turned into a Maritime Museum, it was the same Portuguese ship that sank off in the Coast of Malacca on its way to Portugal. At the museum, we got a closer look at Malacca history from the famed Malay Sultanate of the 14th century to the Portuguese era, the Dutch era, and the British era. 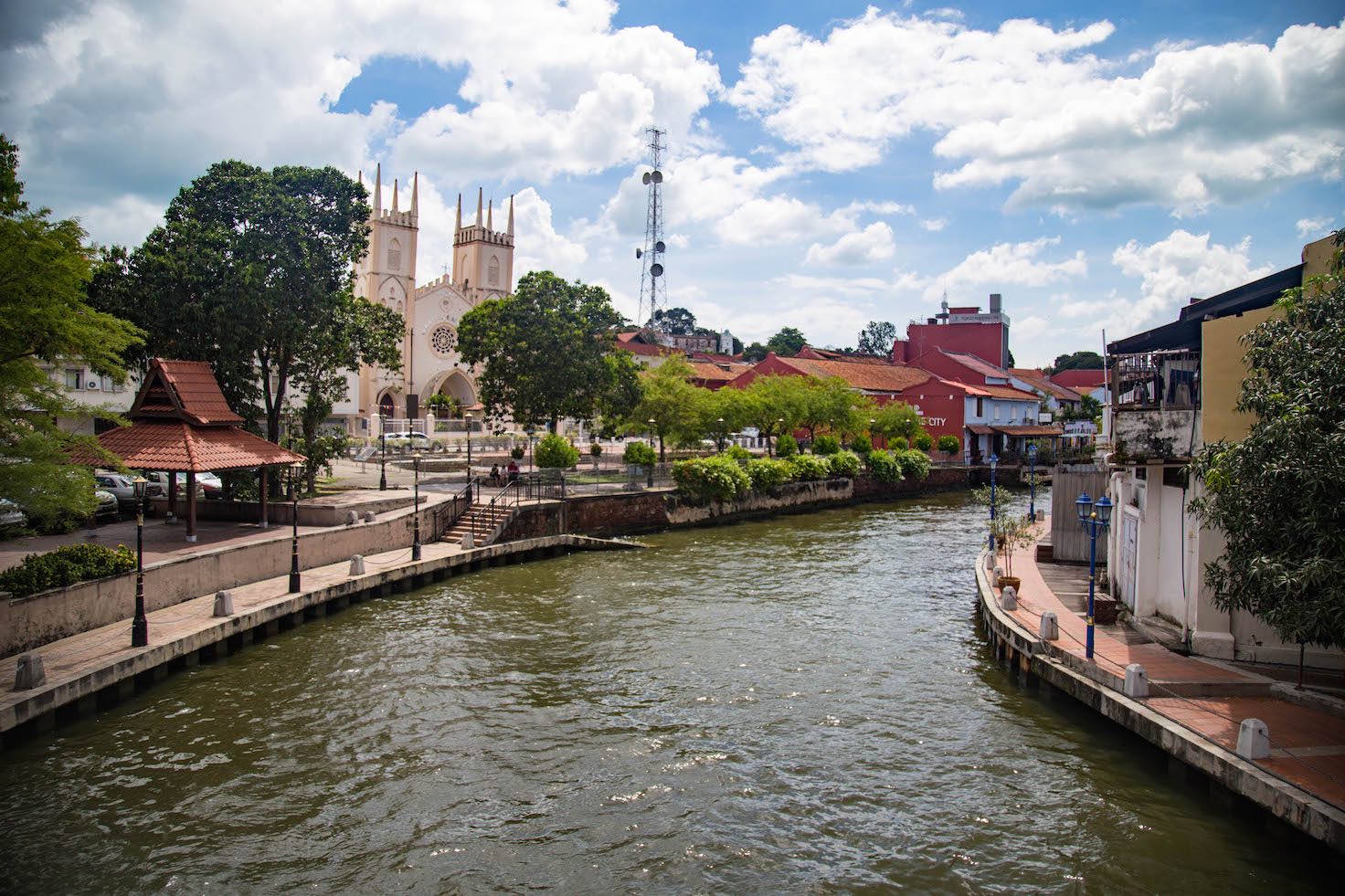 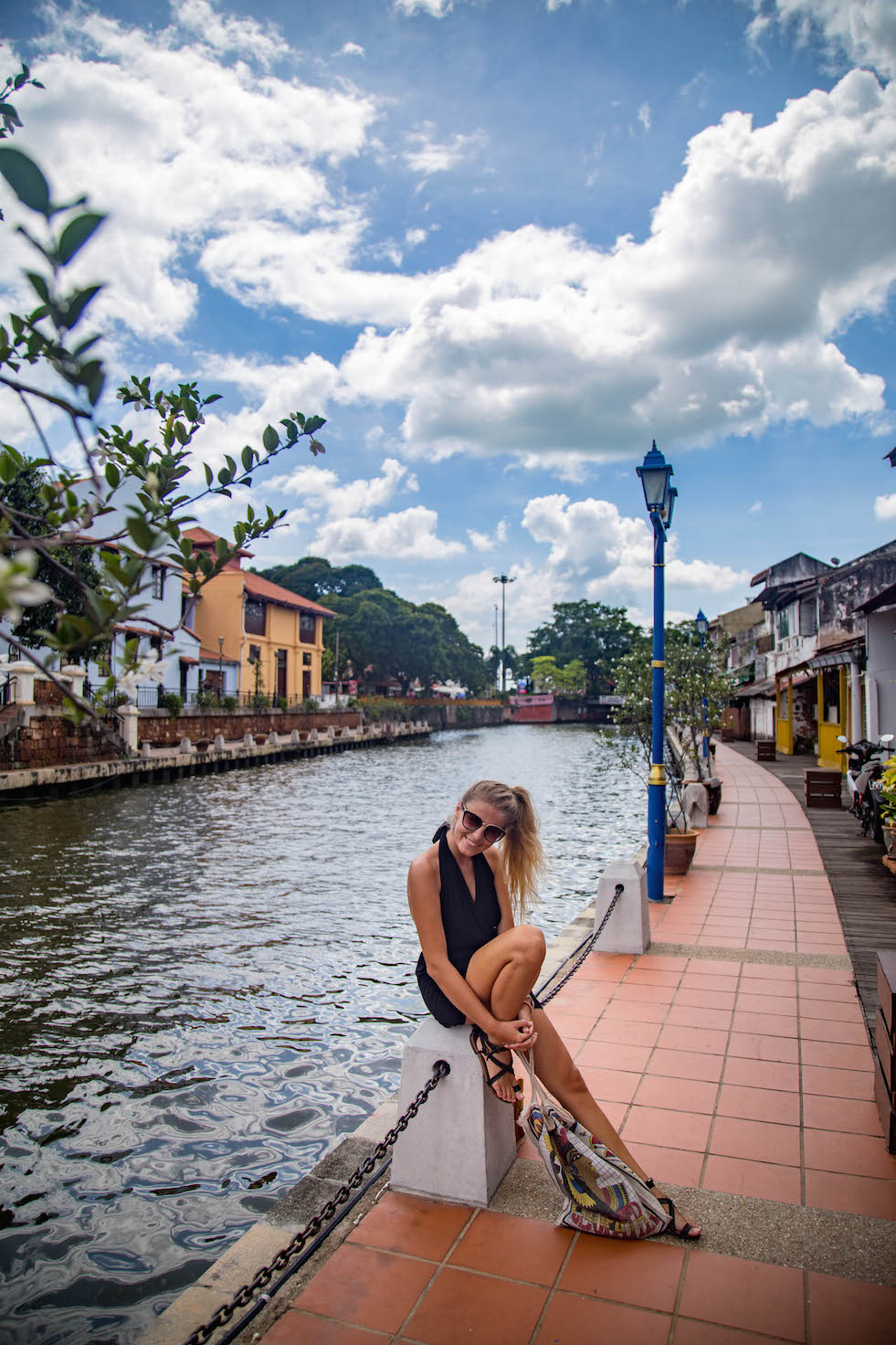 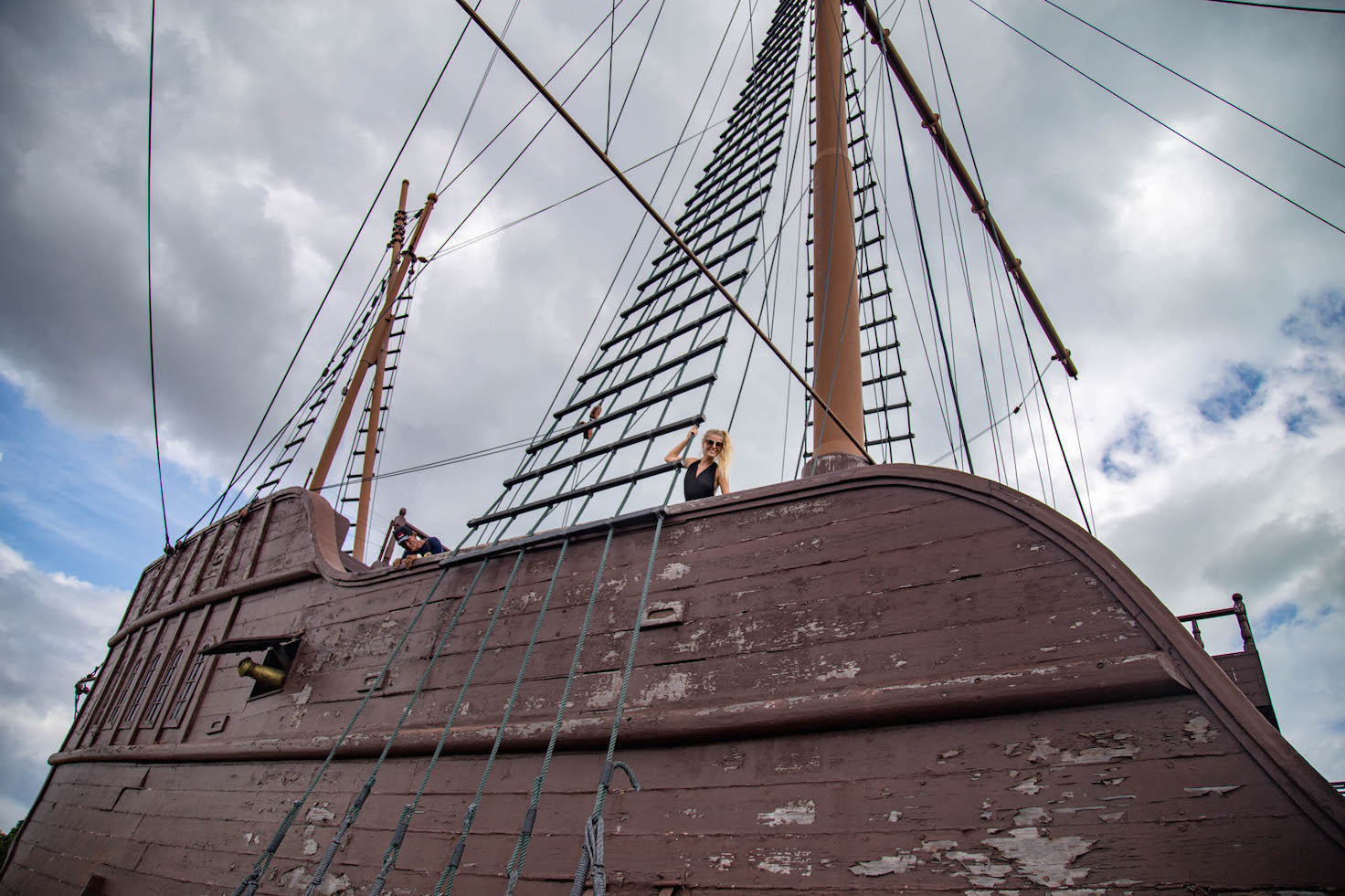 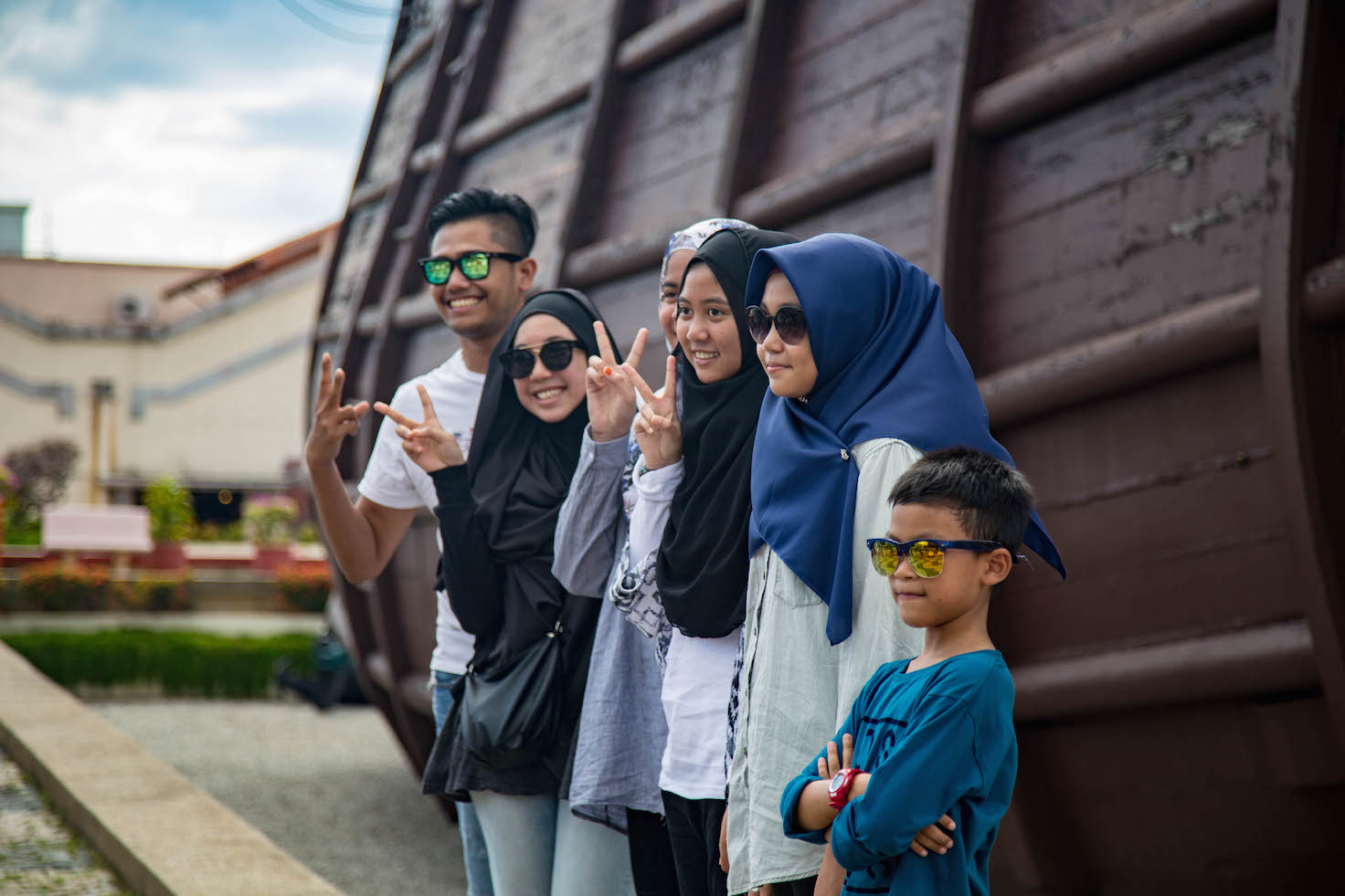 The only thing that completely didn’t match with the historical surrounding of Malacca was the Trishaws. A typical Asian local mean of transport transformed into a colorful vehicle with plastic roses, flashing lights and stuffed kitty dolls tied to the back, we were convinced that the drivers were seeing too much Disney movies. 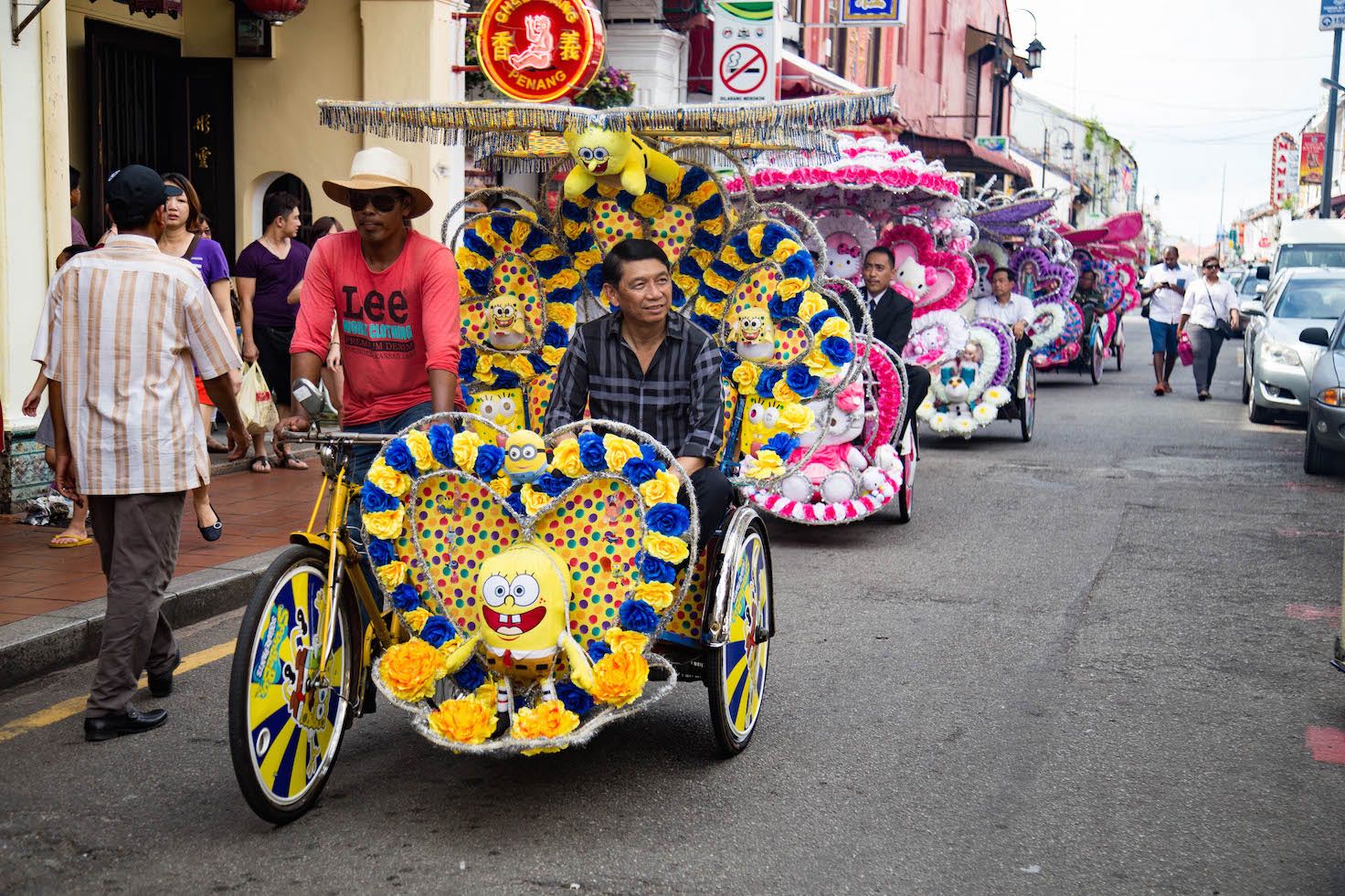 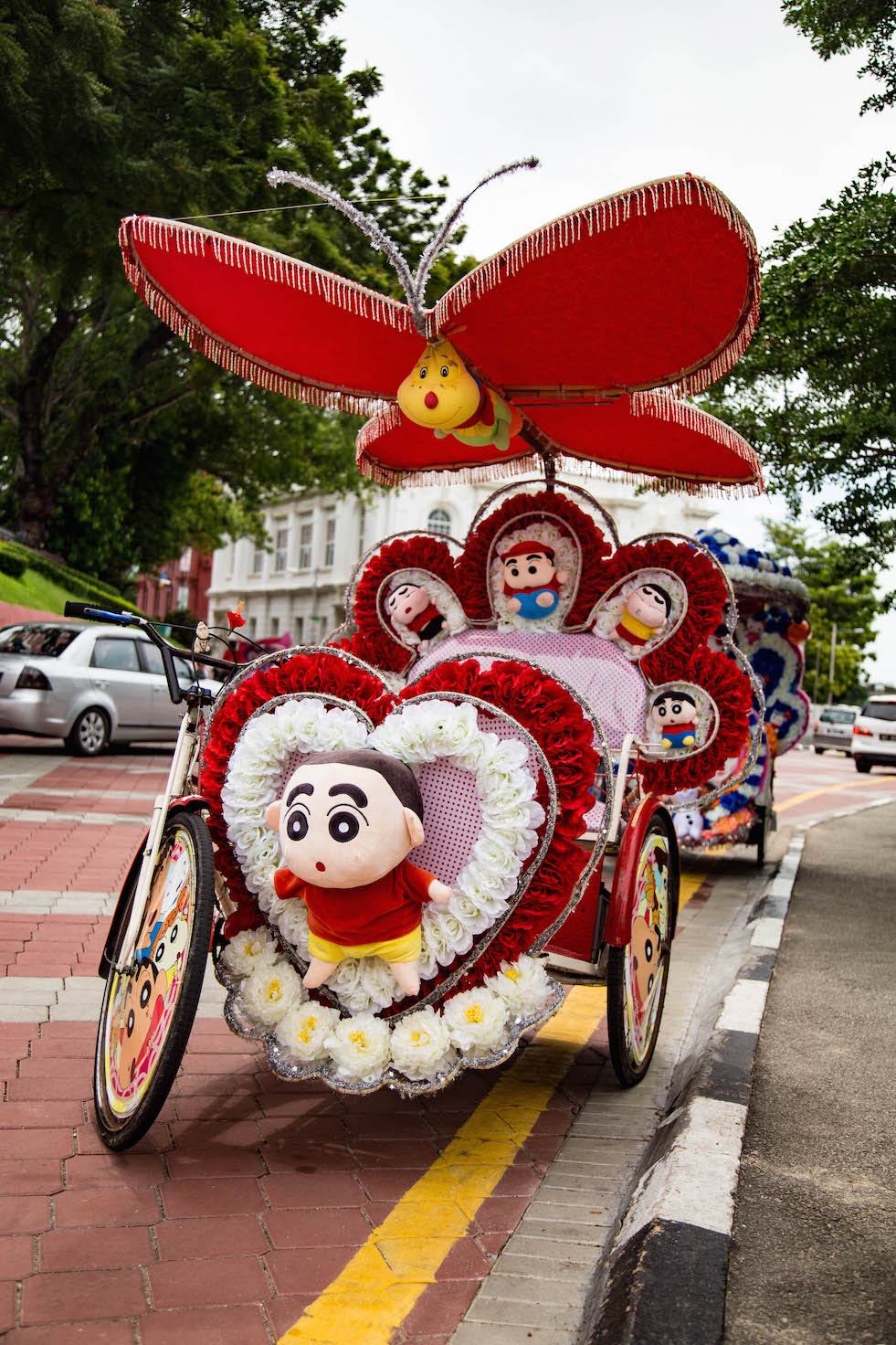 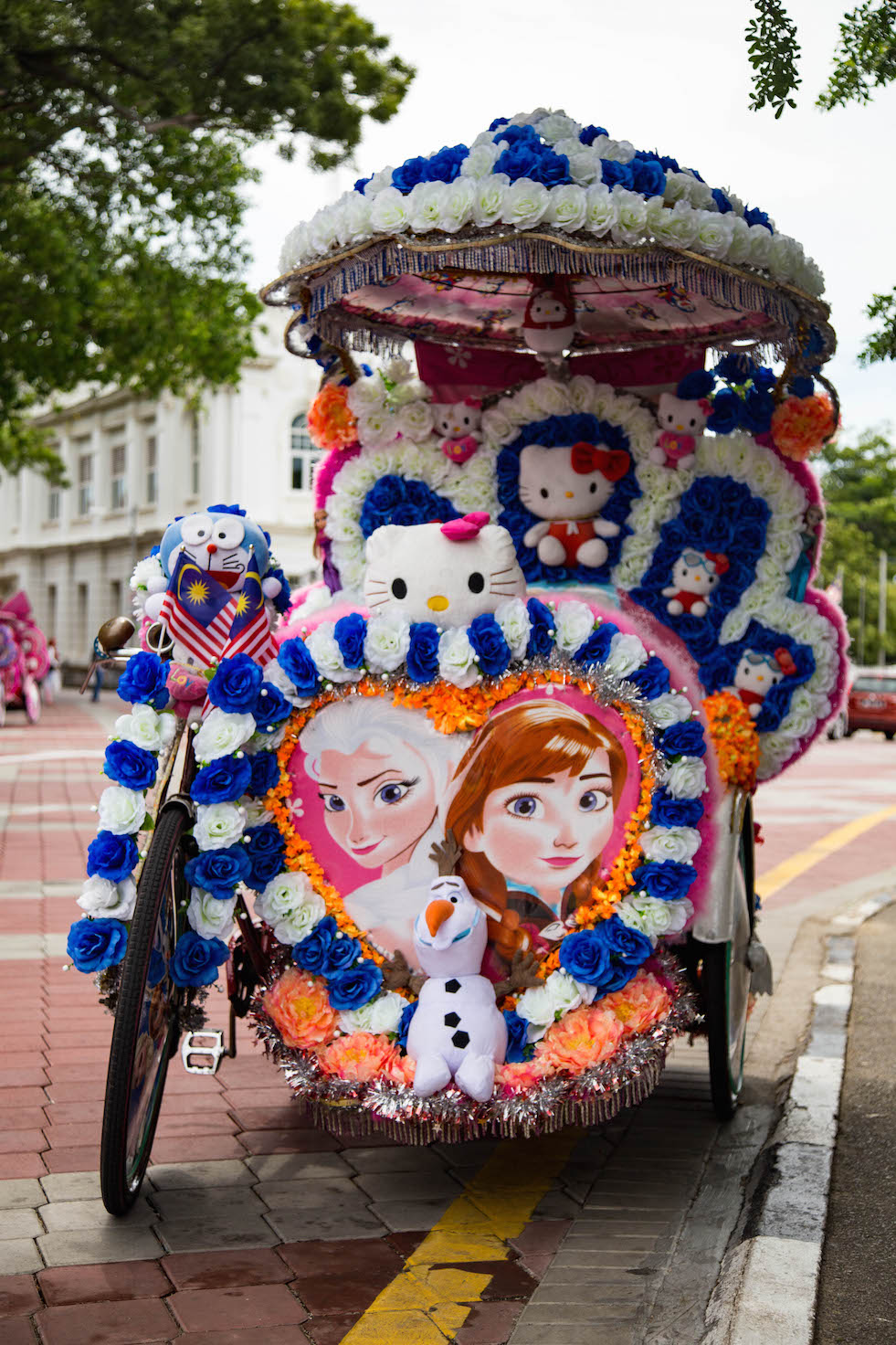 After a few relaxing days in Malacca, we were ready to take another bus further north to the capital of Malaysia, Kuala Lumpur.