After 101 days traveling through Southeast Asia, getting to know hundreds of people from all over the world, eating unusual food, partying on different islands, diving in warm sea waters and, without worrying about how it would be the day of tomorrow. We realized our lives aren’t set in stone; we are transient beings who can change and adapt, always open to new cultures and challenges. 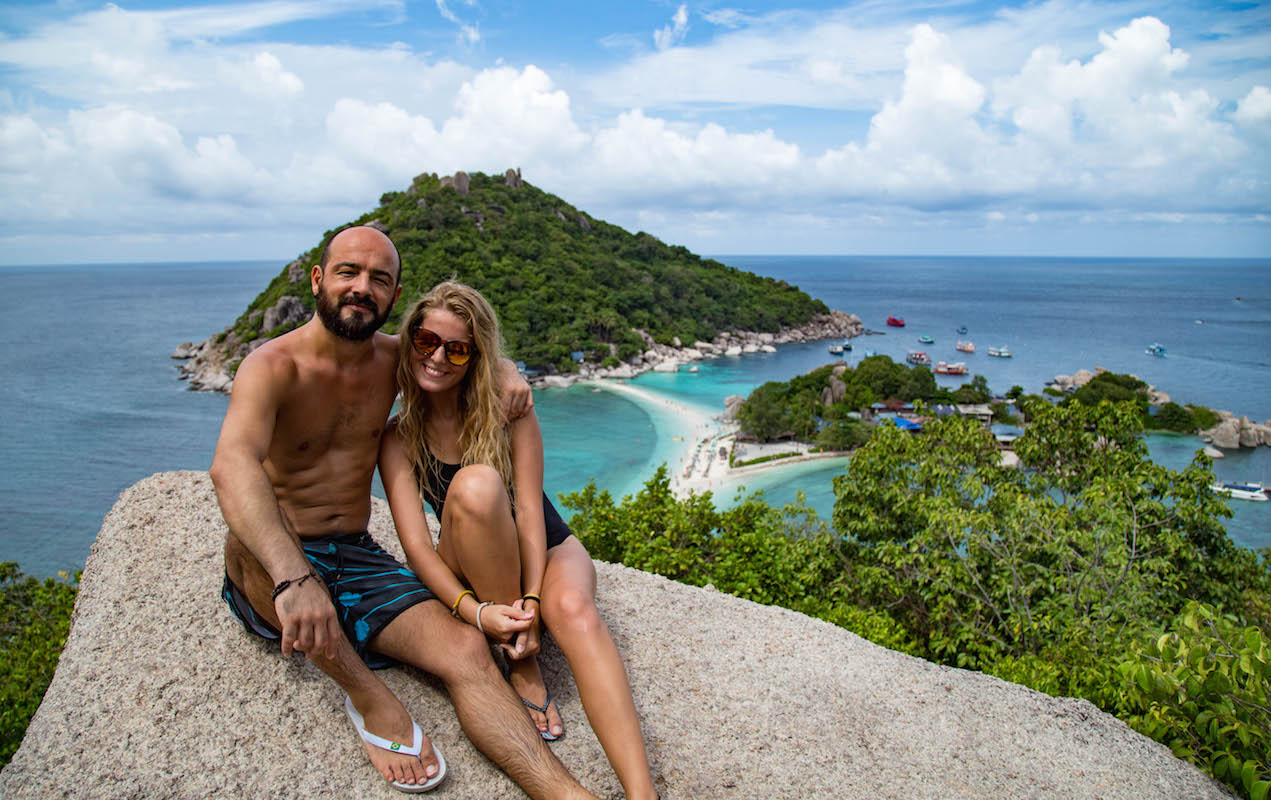 Traveling together over 5 countries for the first time, it was an experience that will stay in our hearts forever, not only like earthlings but also as a couple. Thailand, Vietnam, Singapore, Malaysia, and Cambodia, were the countries where we got to know a lot of cultures, religions, and lifestyles. There was beauty all around and sometimes all it took was seeing one person smiling to realize the definition of happiness.
We got used to this lifestyle and it’s gonna be hard for us to once again, be in one place for a long time. 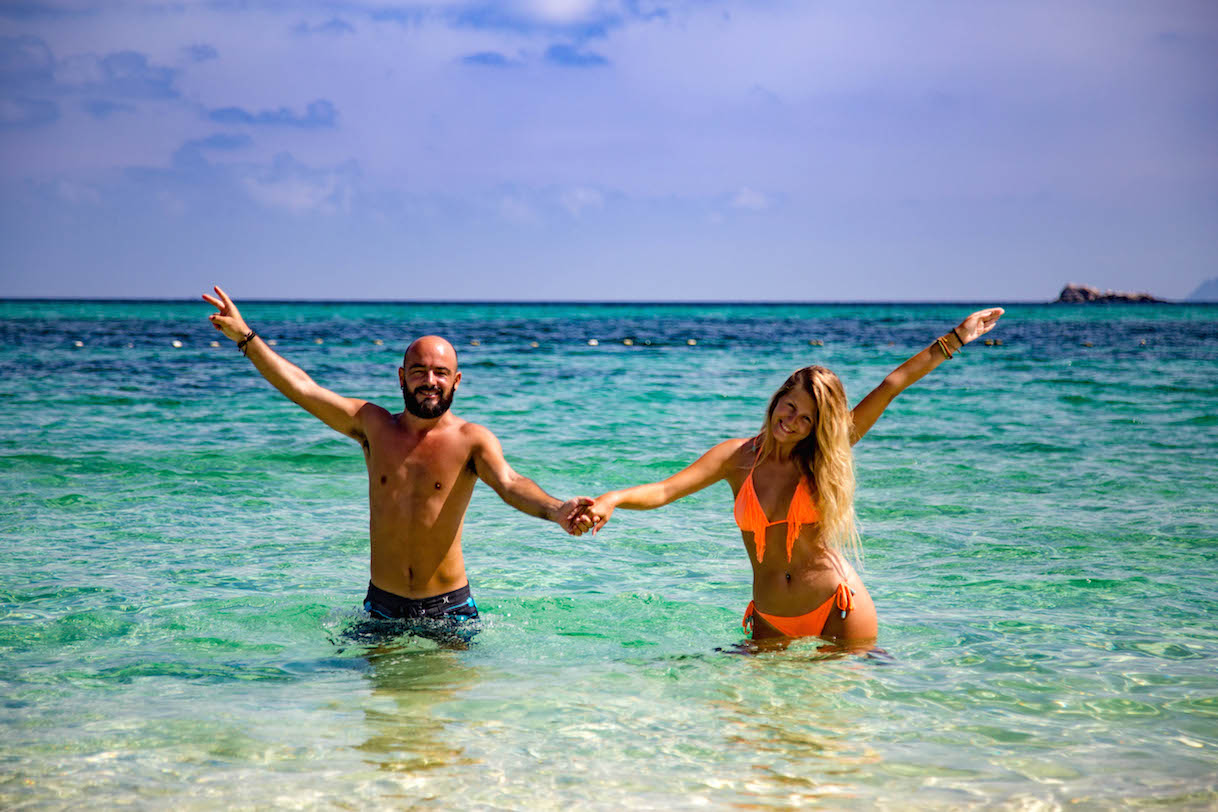 Of course, it was not always such a colorful trip. There were some dangerous and difficult moments; a scorpion in the bed of our room or driving through the mountains with a harsh storm, food poisoning, and other issues that will mention on future blog posts. Well, but that is what traveling is all about – pure adventure. 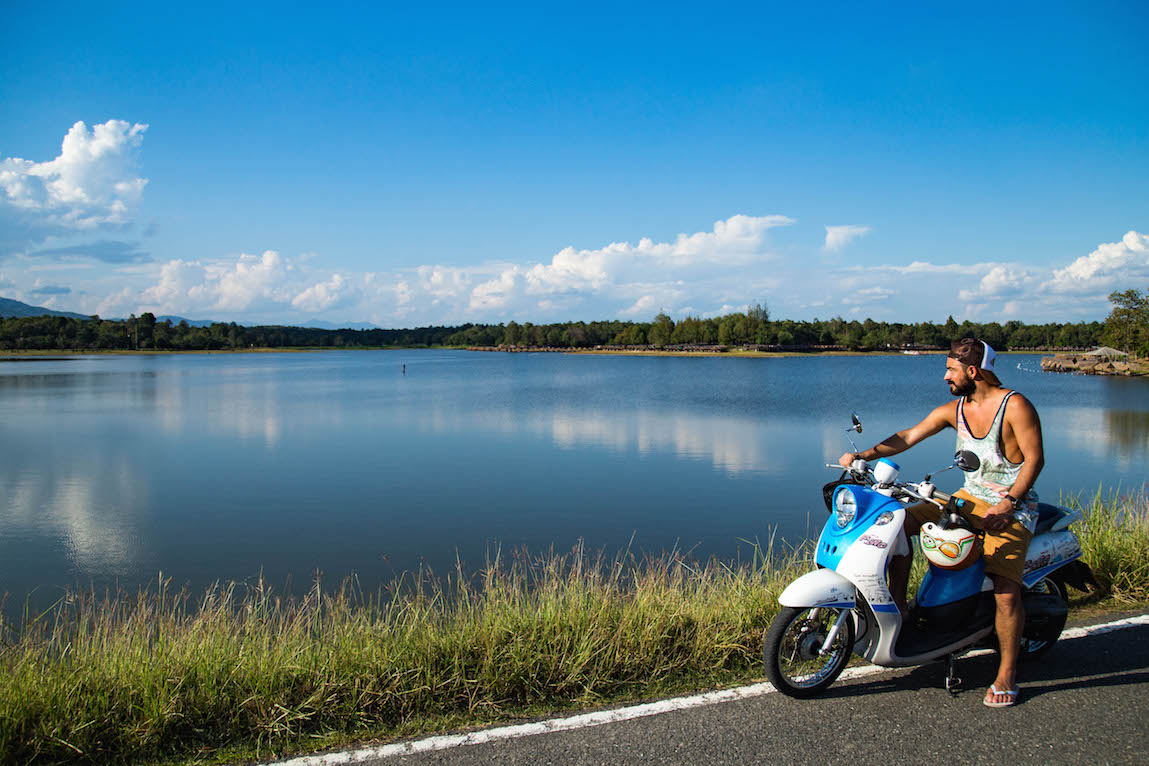 Many people asked, “Which country did you like most?” being hard for us to answer cause each place was different in its own way.
The best seafood we ate was in Vietnam, the heavenly beaches were in Thailand and Malaysia, the modernization was in Singapore and the incredible ancient temples in Cambodia. 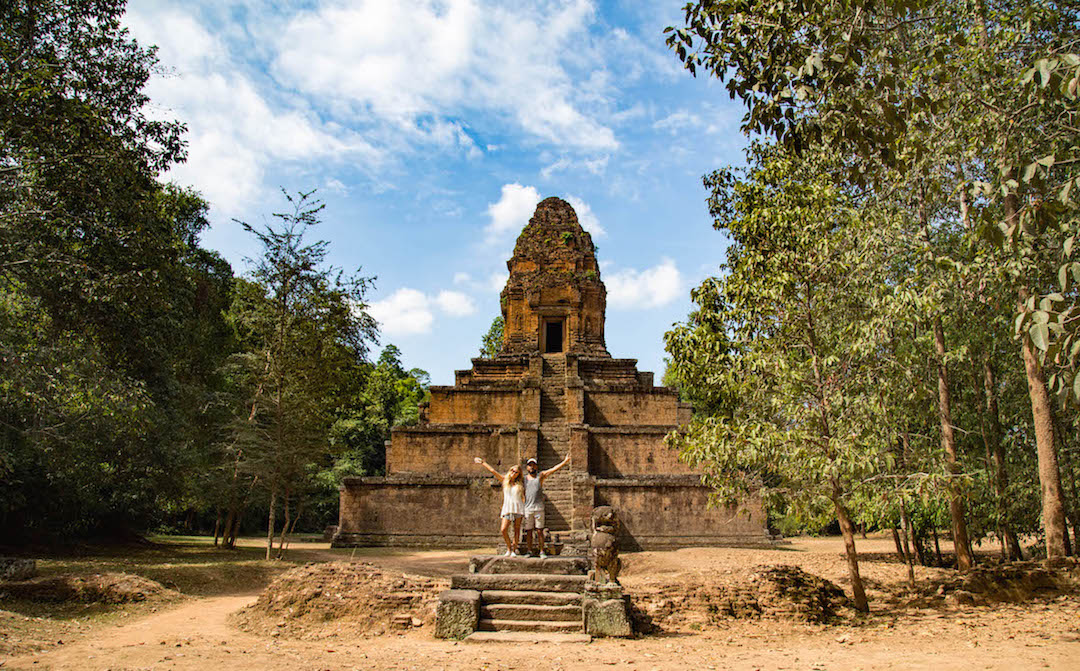 Any of this countries can strike and fascinate you in different ways, making it worth to visit and to search for your own moment of yūgen.
There is no need to be a millionaire, Asia is not an expensive destiny, even if it is becoming more and more a popular among travelers. The prices are quite affordable and by exploring our blog you can find tips: where to eat, where to sleep and what to see meanwhile traveling through Southeast Asia. 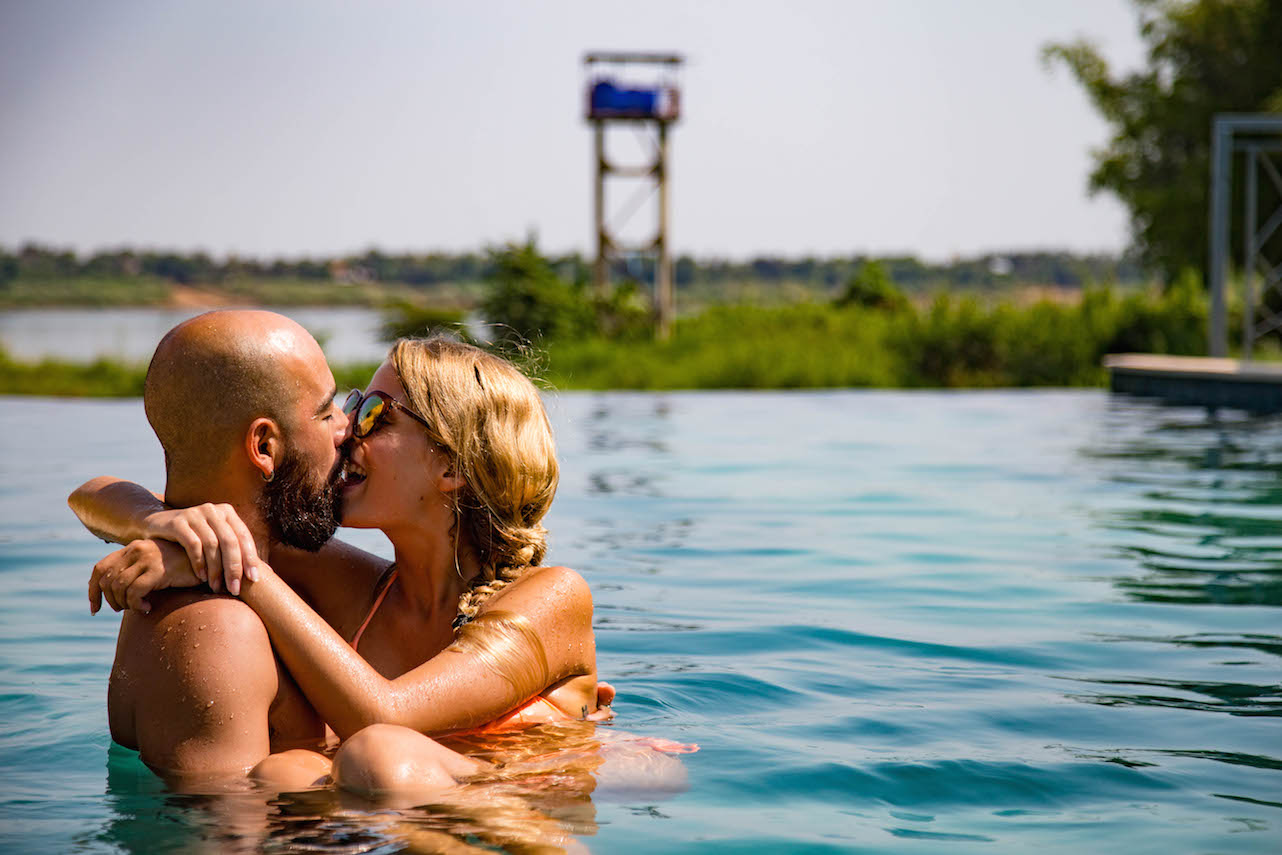 Before you jump to the next paragraph, to see our 101 days itinerary in Southeast Asia, let us remind you. Traveling broadens the mind, it helps people not judge others and to let whatever may be, be. It allowed us to see the world in ways we would never be able to understand in our home countries, and it is true, “Travel is the only thing you buy that makes you richer.” So, if you have never visited Southeast Asia we encourage you to make your bags and let yourself go. 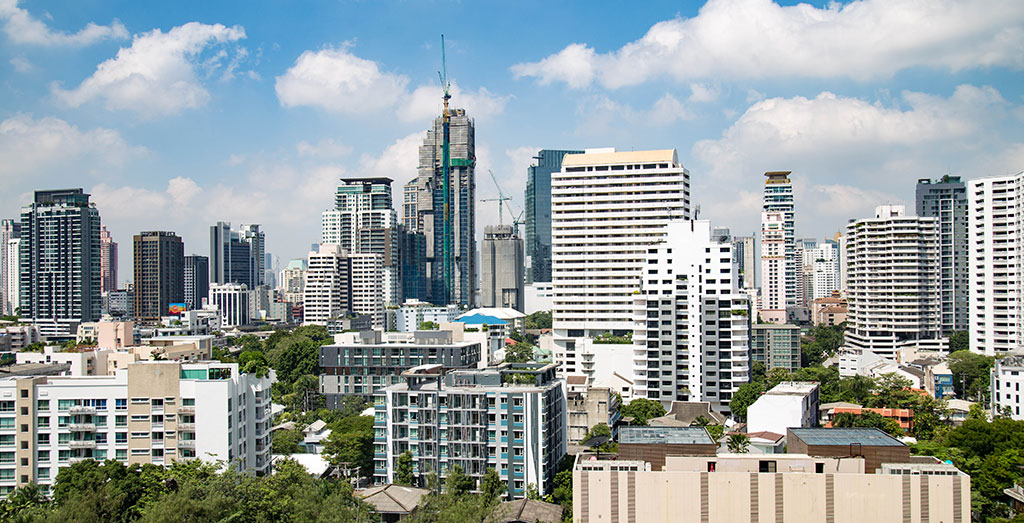 THE HUSTLE AND BUSTLE OF BANGKOK
“Sawadiiii khap” (hello) says the first Thai we met when we landed in Bangkok!
After 12 hours flying from freezing Berlin, we finally arrived!
Land of smiles here we are searching for our moments of yūgen…Read more 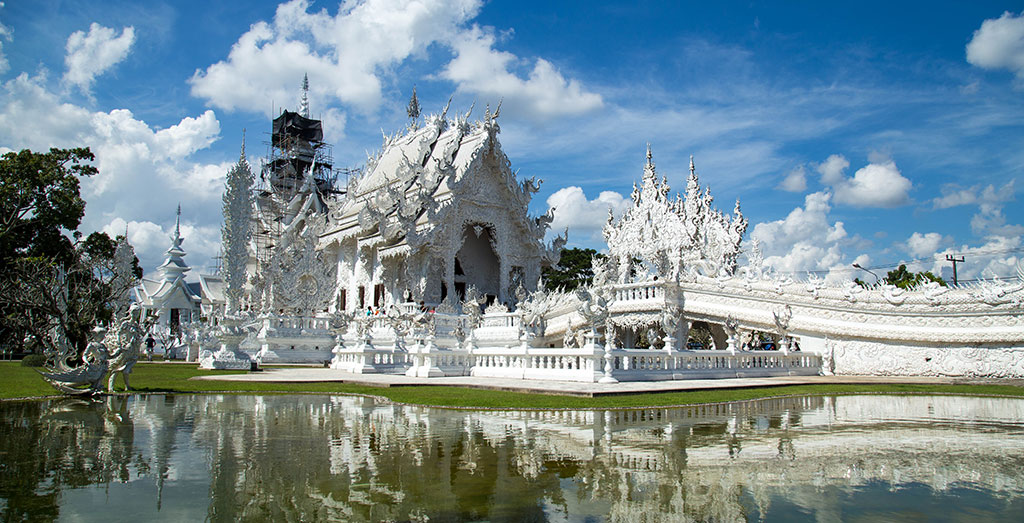 THE BLACK AND WHITE OF CHIANG RAI
Chiang Rai was our last destination after almost one month traveling through Thailand. Well-connected with Chiang Mai by a 2 hours bus trip (130 Baht) this little northern town still had a few interesting and fascinating places for us to visit…Read more 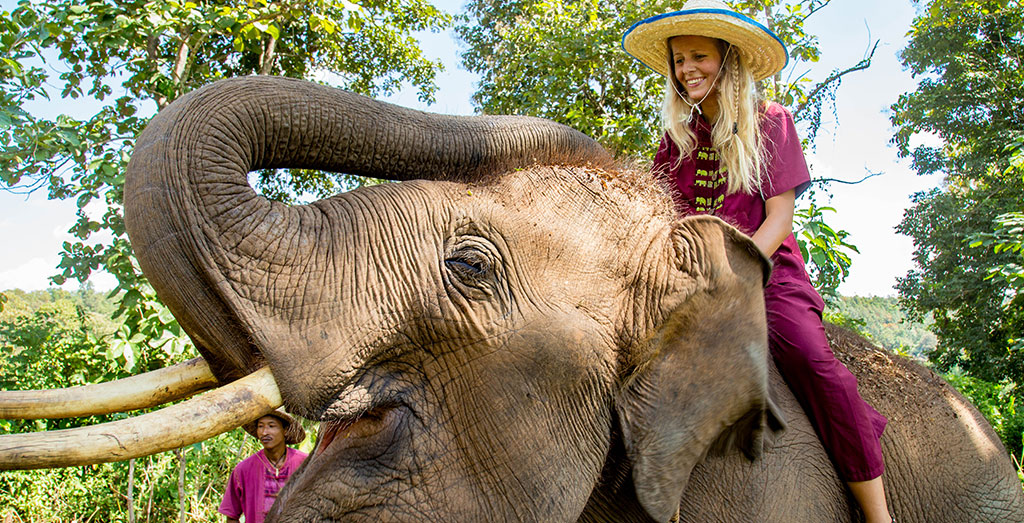 CHIANG MAI – THE ROSE OF THE NORTH
It was a long travel from Ko Tao to Surat Thani airport but a quick flight to Chiang Mai. The second largest city in Thailand, becoming increasingly popular among overseas travelers as word spreads of being a cool and charming city with a huge artistic scene…Read more 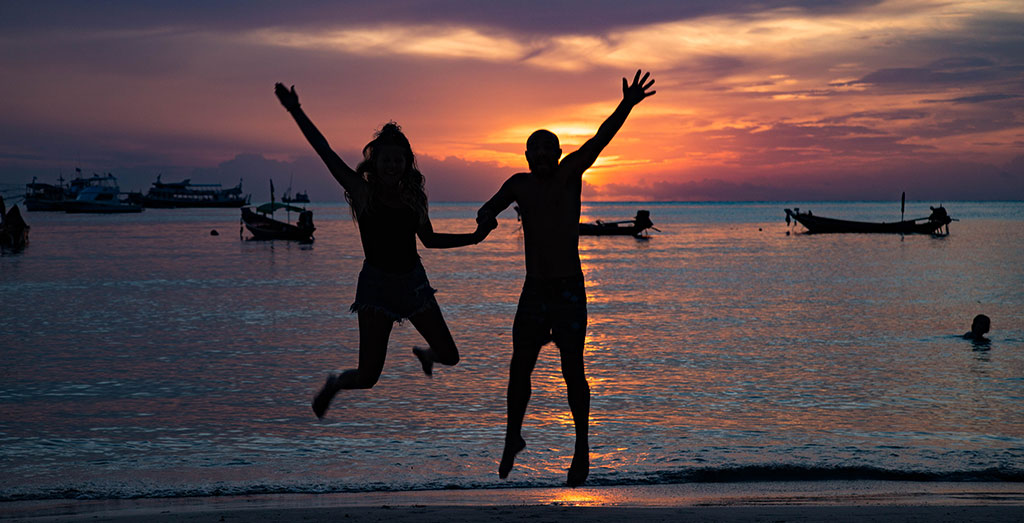 TROPICAL THAI ISLANDS – PART I
From The hustle and bustle of Bangkok, full of goods, colors and different tastes to the white sand beaches and crystal waters of southern Thailand.
The time to explore our most anticipated place finally came. As beach lovers we couldn’t wait for it anymore…Read more 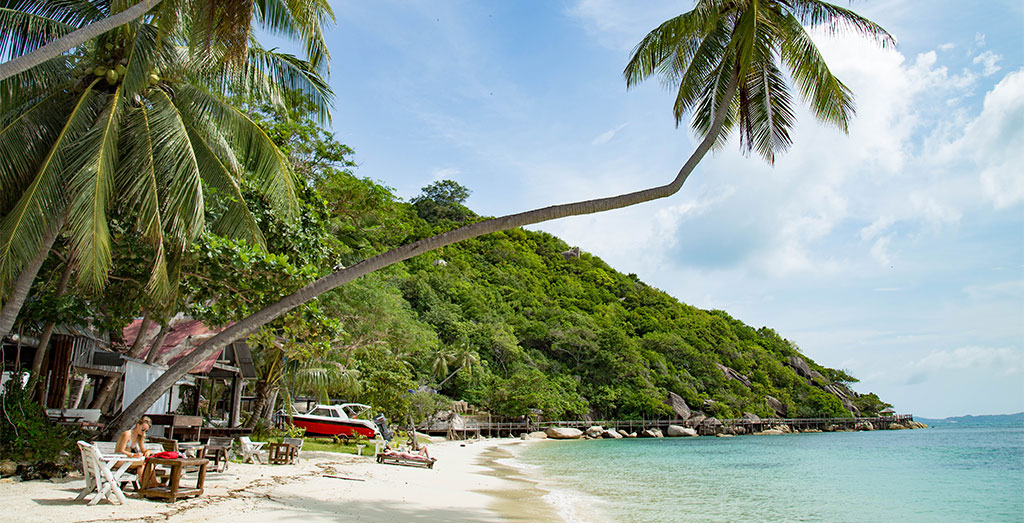 TROPICAL THAI ISLANDS – PART II
We left from Phuket to Surat Thani very early in the morning. Five hours trip with some stops in between till Donsak pier. When we arrived, the weather was much better than the previous days, it looked like the monsoon season was over…Read more 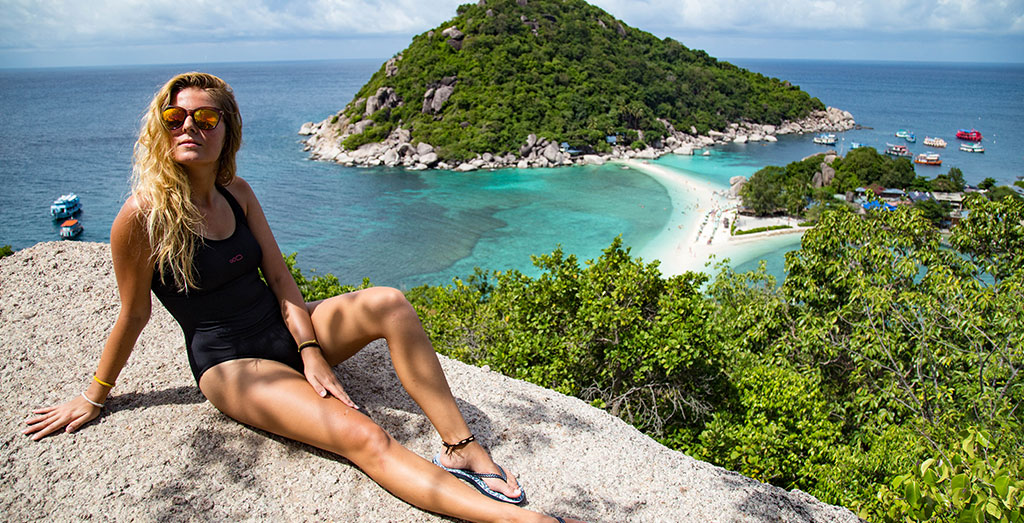 TROPICAL THAI ISLANDS – PART III
Thong Sala pier was full of backpackers heading to Ko Tao after the Full Moon Party craziness. A tiny tropical island of the Central Gulf Coast of Southern Thailand, also know as Turtle Island due to its shape. A paradise for divers…Read more 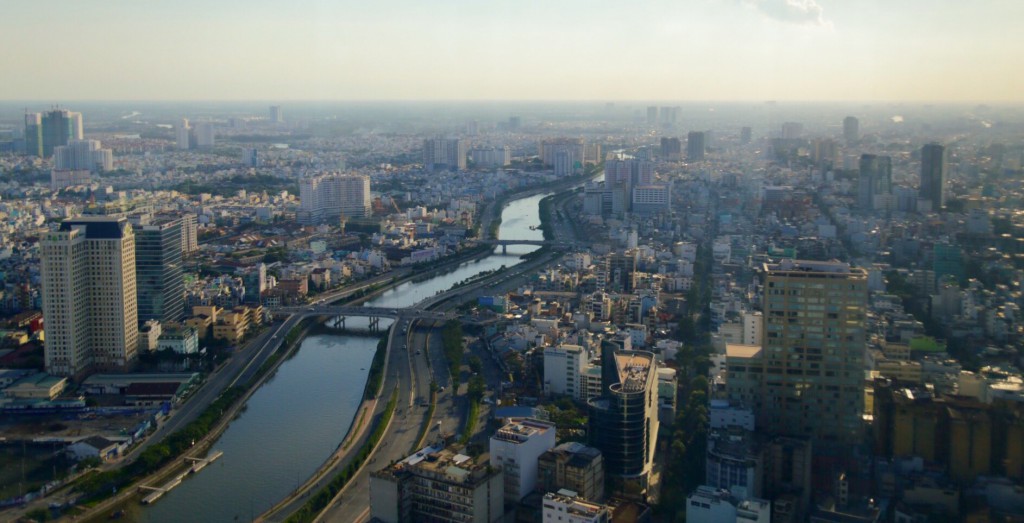 THE LAND OF THE ASCENDING DRAGON
One hour and a half was what it took to fly from Bangkok to Ho Chi Minh City, name given after the fall of Saigon in 1975 to honor the national hero Ho Chi Minh, a famous figure in Vietnam’s struggling and liberating history…Read more. 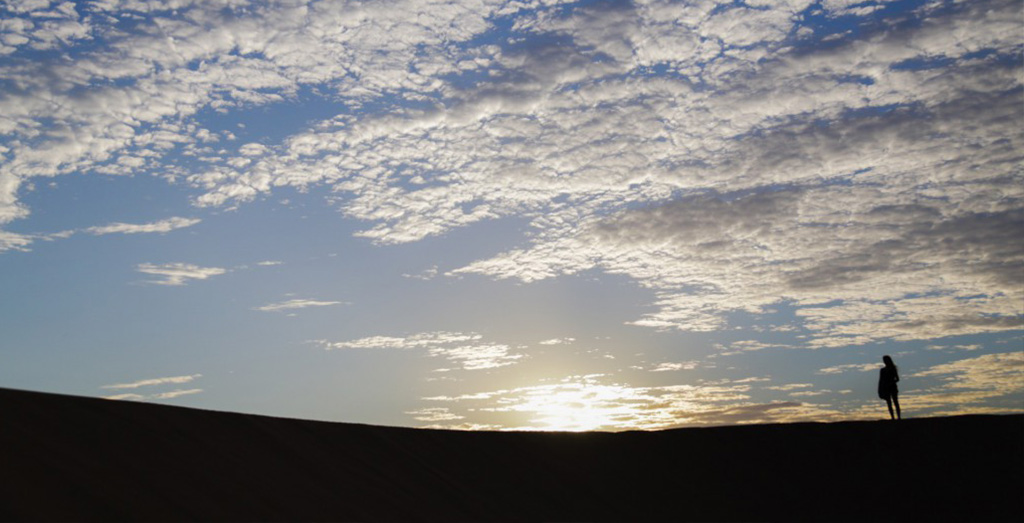 FROM THE SHORES OF VŨNG TÀU TO THE DESERT OF MŨI NÉ
It was an easy ride with Hoa Mai VIP bus limousine, a three hours trip for $7 with the driver stopping right in front of the Sao Mai hotel, located in the calm part of Vũng Tàu.
It wasn’t in our plans to visit this little city in the south coast line of Vietnam but…Read more 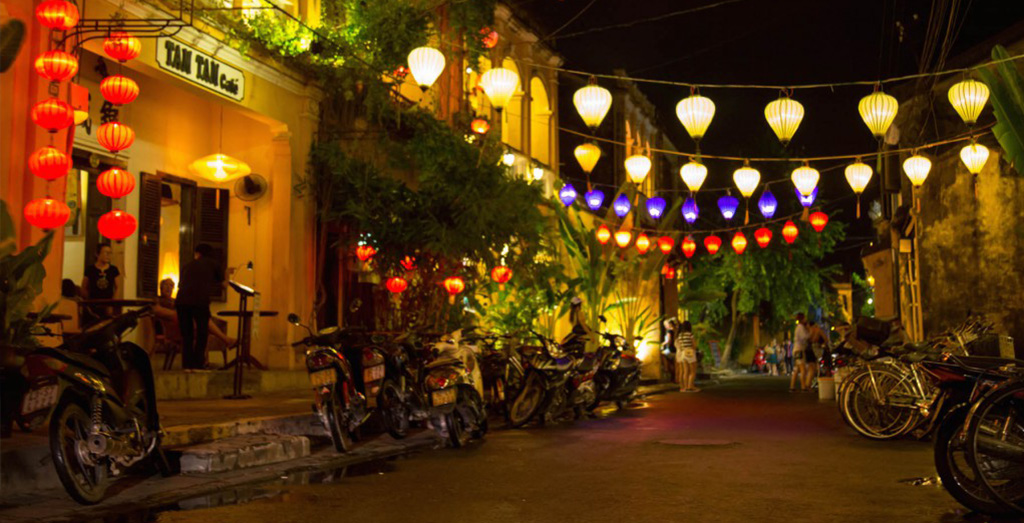 HOI AN – THE VENICE OF VIETNAM
After reading all kind of negative reviews about night buses in Southeast Asia, we were a bit apprehensive about the following 15 hours.
It was around 1:30 PM when the bus stop in front of our hostel…Read more 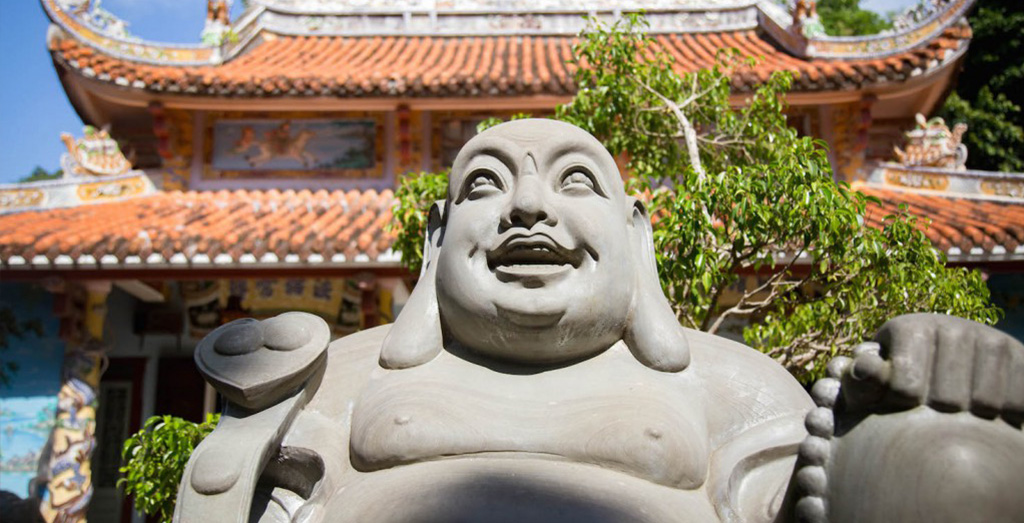 DA NANG AND THE MARBLE MOUNTAINS
On our way to Dan Nang, there were only two free spots on the front next to the driver, the rest was totally busy with travelers from all around the world chatting about their travel experiences…Read more 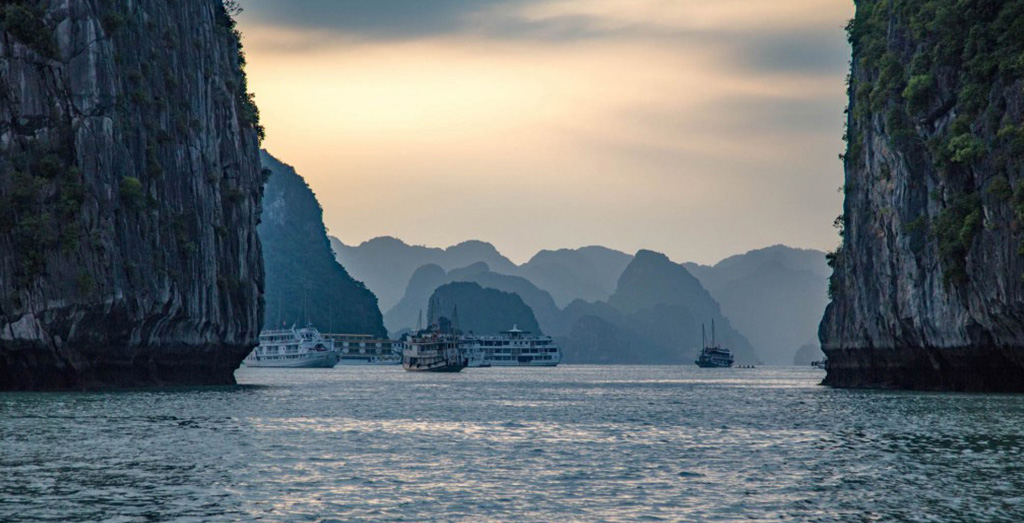 HALONG BAY – WHERE THE DRAGON DESCENDS TO THE SEA
The legend tells, the people of Vietnam were born from the union of the dragon and the fairy who lived high in the mountains. The dragon rose up from the sea and onto the Earth to unite with the fairy, together they created…Read more 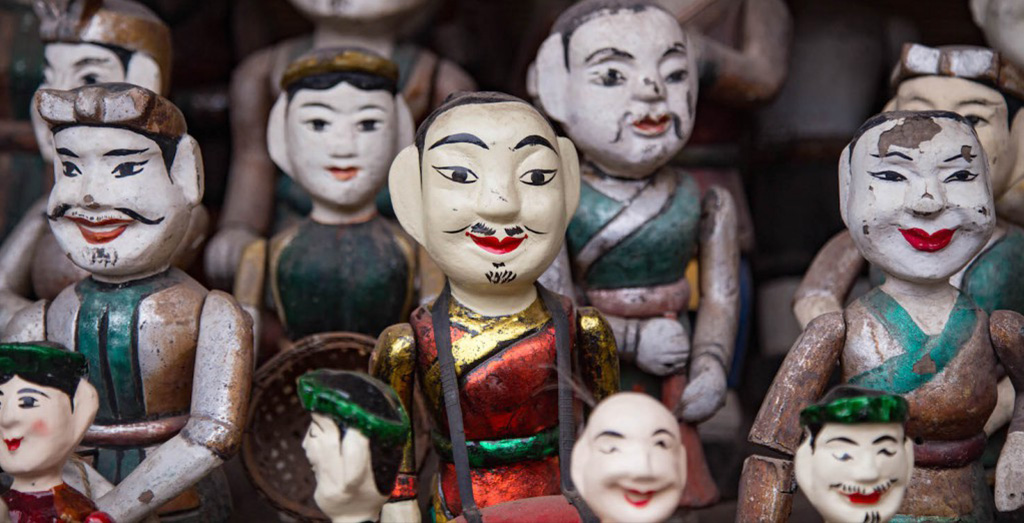 MEETING UNCLE HO – HANOI, PART I
The clock was marking 6:00 PM when we landed in Hanoi, the capital of Vietnam and the country’s second largest city. As soon as we step outside the airplane, we couldn’t believe how the temperature changed so much from Da Nang to Hanoi. It was freezing and raining…Read more 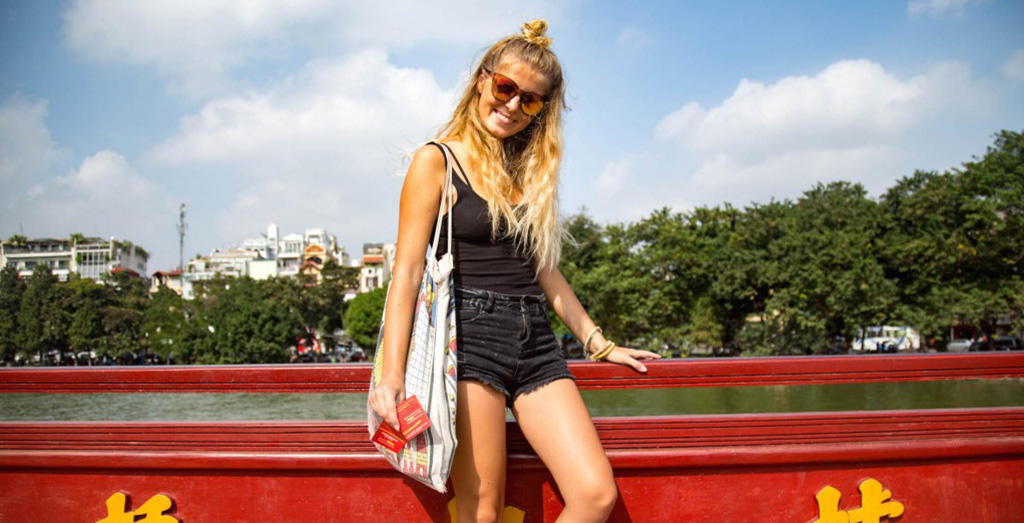 MEETING UNCLE HO – HANOI, PART II
On the following days, we visited Ngoc Son, the Temple of the Jade Mountain. The most visited temple in the city, located on a small island in the northern part of Hoan Kiem Lake, connected to the lakeshore by a wooden red bridge, constructed in classical Vietnamese style…Read more 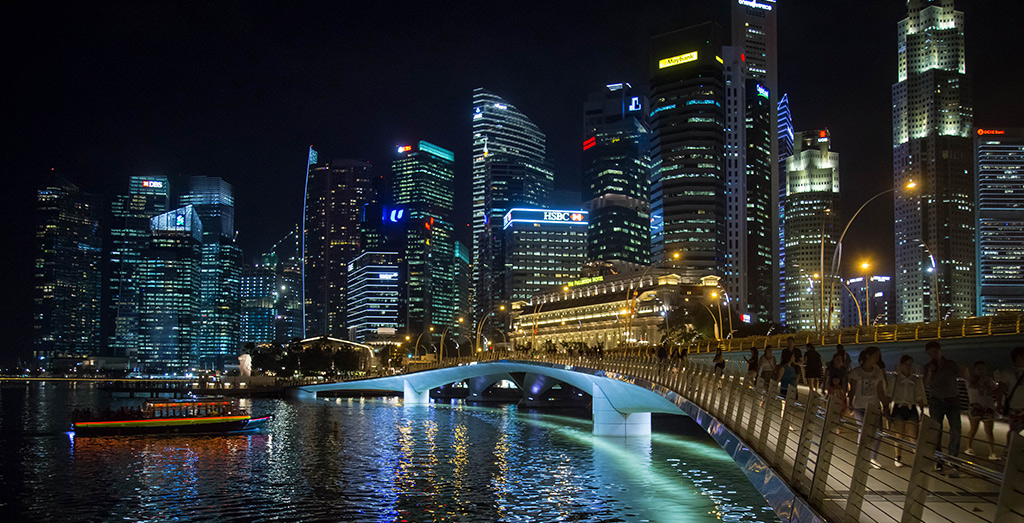 SINGAPORE – THE LION CITY
It was about 4:00 PM when we landed in Singapore, a smooth flight of 3 hrs with Airasia. Visa is not required and in the immigration office, we received a stamp for a period of 90 days…Read more 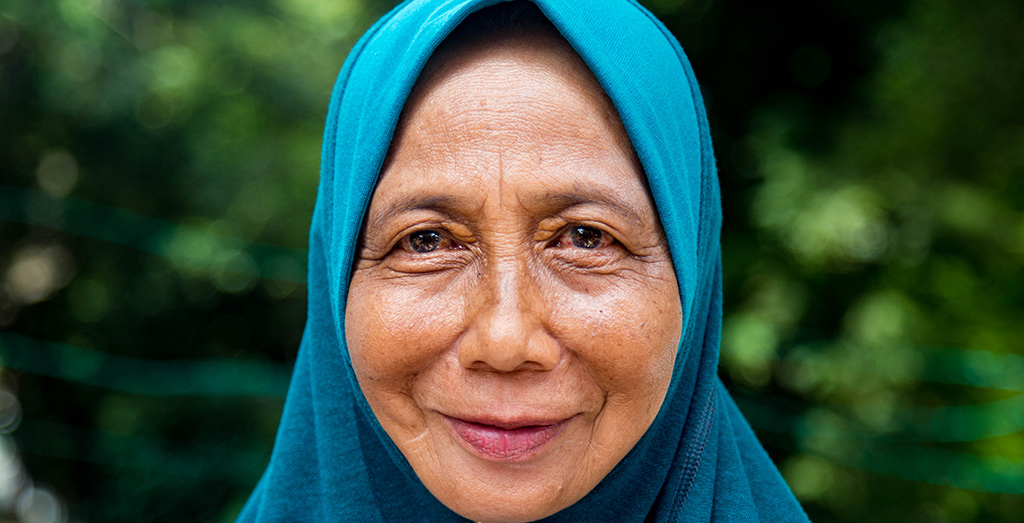 MALACCA AND ITS PEOPLE
The bus ride took around 8/9 hours from Singapore to Malacca due to heavy traffic jam and border crossing.
Like many other travelers, we came to Malacca for a short stay, two nights at Ringo’s Foyer Guest House. The most chilled hostel we have been so far…Read more 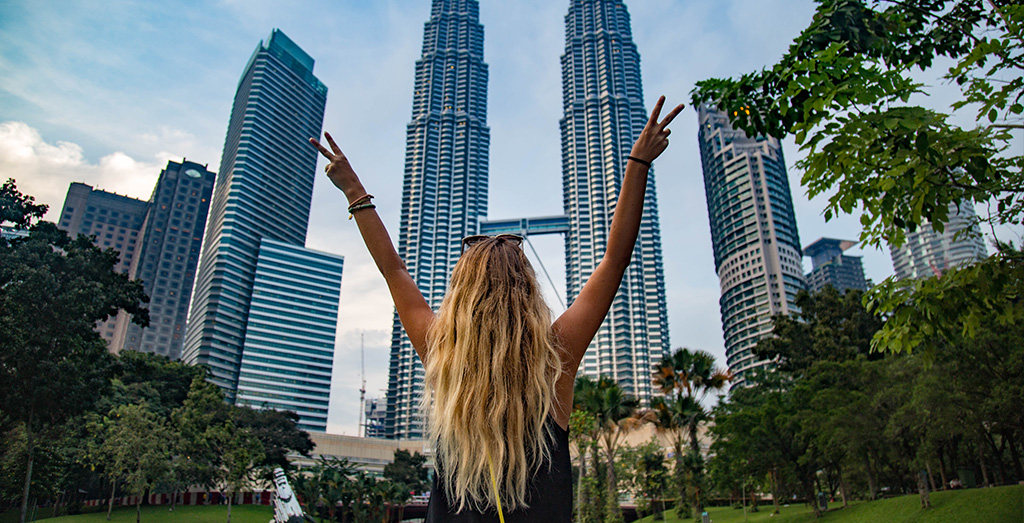 KUALA LUMPUR – SHOPPING OASIS
Arriving in Kuala Lumpur was like entering in a gigantic shopping mall. Passing through high buildings full of commerce and advertisements everytime we wanted to go somewhere.
After doing more research about it, we found out…Read more 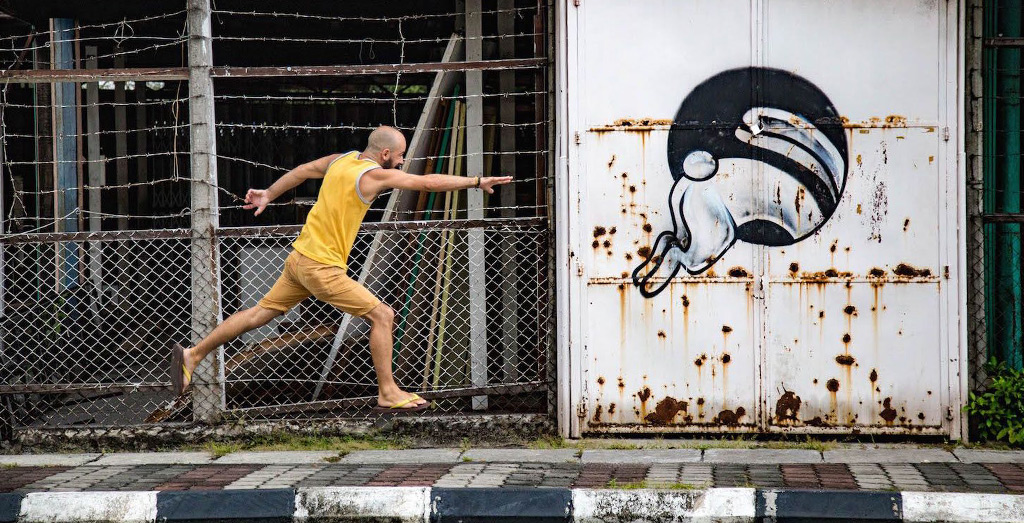 PENANG – GEORGE TOWN
The bus from Kuala Lumpur to George Town, situated on Penang island in the north-west of Peninsular Malaysia, was supposed to take around 4:30 hours to reach its destination. In the end, with some stops in between, it took us 8 hours to arrive…Read more 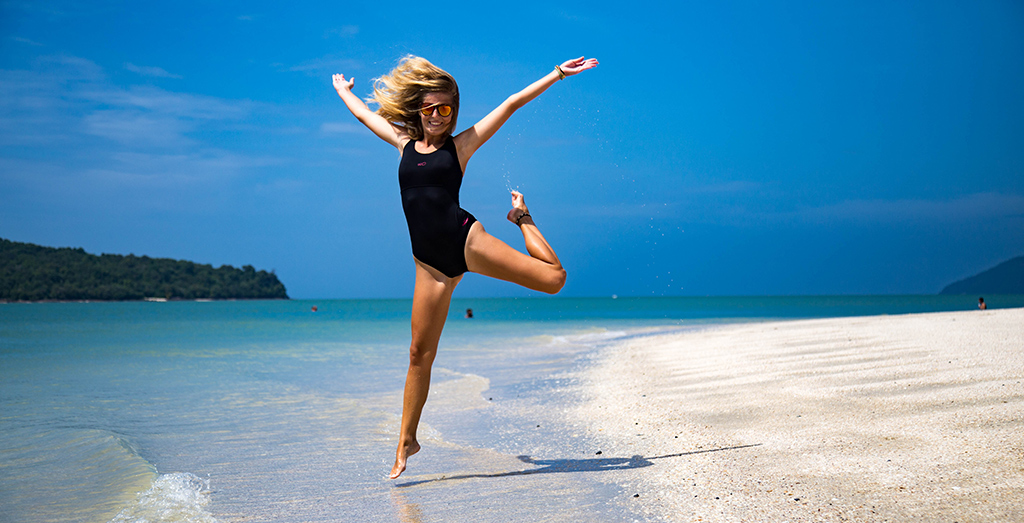 LANGKAWI – THE JEWEL OF KEDAH
Langkawi also known as the Jewel of Kedah was the pearl of our trip. A tropical paradise surrounded by stunning white beaches, waterfalls, figurative mountains, rainforests with a wide variety of wildlife, rich traditional cultures and warm hospitality…Read more 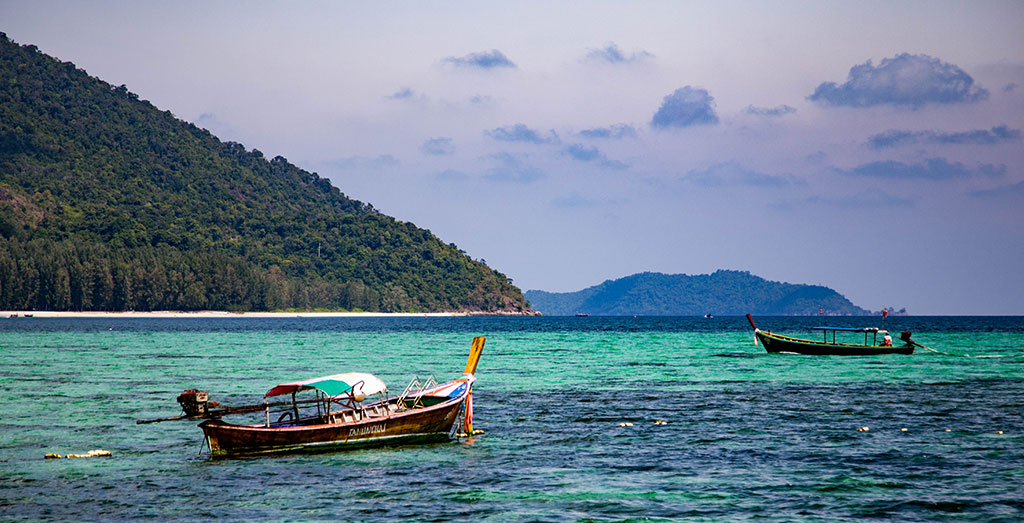 KO LIPE – THE PAPER ISLAND
Ko Lipe “Paper Island” in the local Sea Gypsy (Chao Ley) language, is the most southern island in Thailand, located 60 km from the mainland. It makes a part of Tarutao National Marine Park and on a clear day, you can see Langkawi Island in Malaysia…Read more 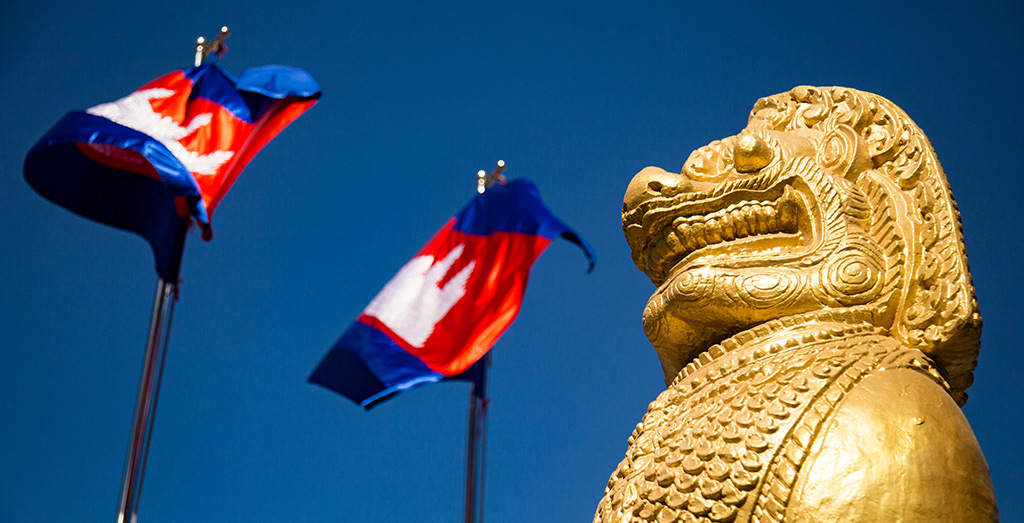 PHNOM PENH – THE LAND OF OPPORTUNITY
Phnom Penh is the vivid capital of Cambodia located at the junction of three rivers, the Mekong, the Bassac and the Tonle Sap. During the 20s was considered as the “Pearl of Asia” due to its modernity, an exotic combination of French architecture…Read more 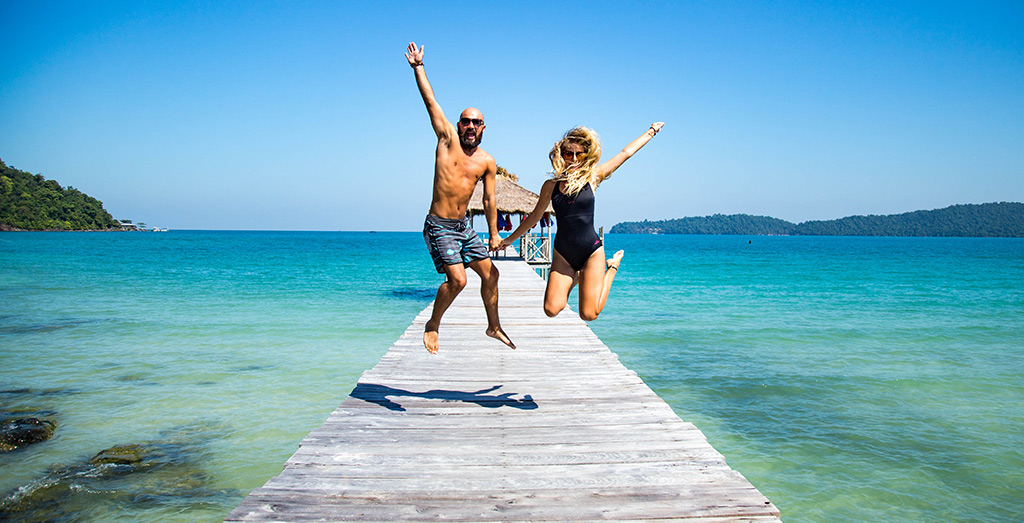 KOH RONG SAMLOEM – THE SECRET ISLAND
Koh Rong Samloem is one of those places you want to keep only for yourself. That’s why we call it the secret island. A hidden gem without tourists, roads, ATMs, and main electricity. All the resorts are powered by their own gasoline generators…Read more 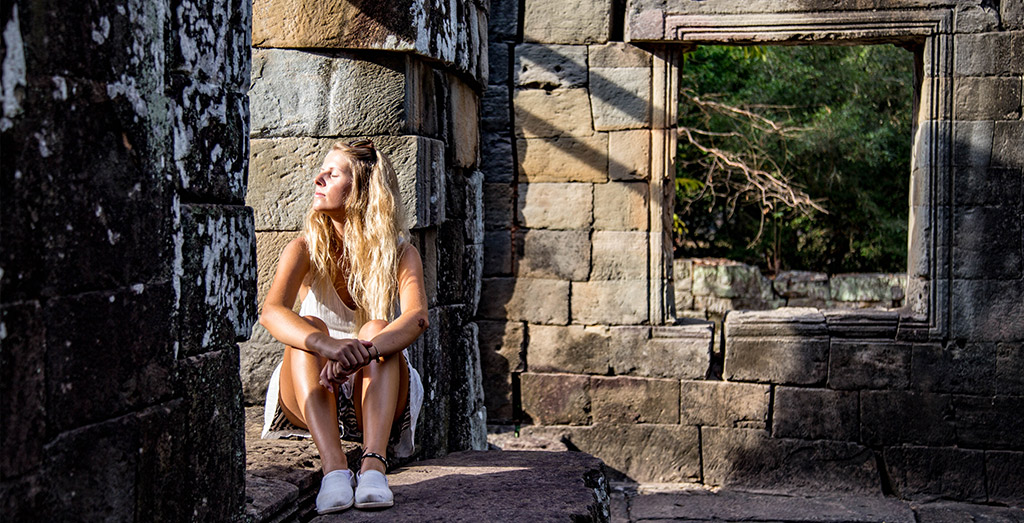 SIEM REAP AND THE ANGKOR TEMPLES – PART I
It was around 11:30 PM when we got on board the night bus from Phnom Penh to Siem Reap in northern Cambodia. The closest city to the world famous Angkor Temple Complex, an archeological Park containing the remains of the different capitals of the…Read more 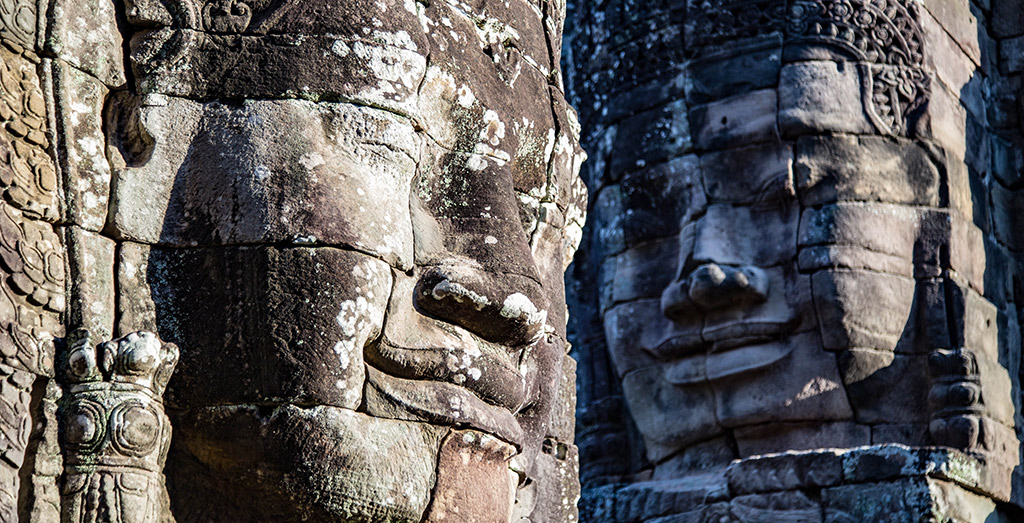 SIEM REAP AND THE ANGKOR TEMPLES – PART II
From all Angkor temples, Bayon was one of our favorites and the best known for being characterized by 200 carved smiling faces on its towers. Considered the “Mona Lisa of Southeast Asia”, some scholars state, the statues portray…Read more 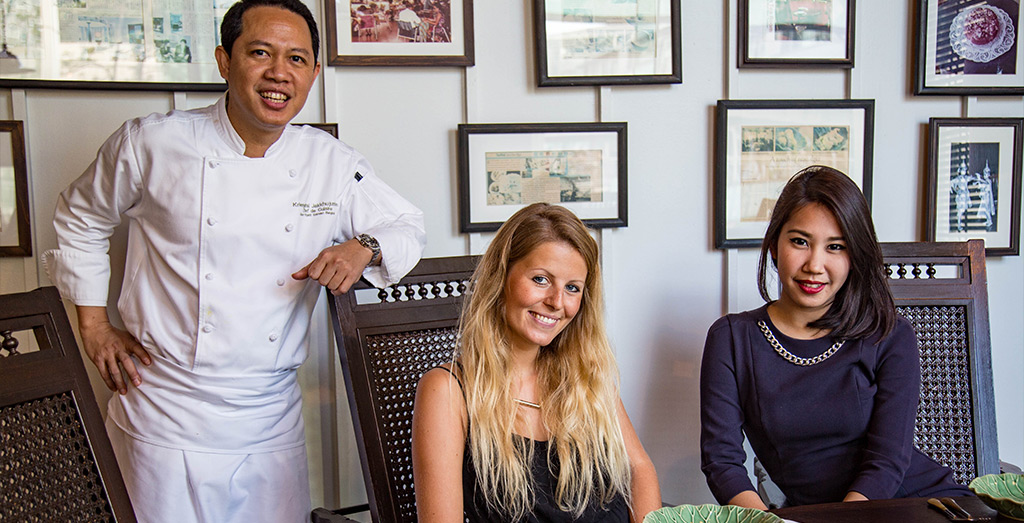 LAST DAYS IN BANGKOK
Bangkok marked the beginning and the end of our 101 days trip through Southeast Asia. We realize how lucky we were to have enough time to explore such a beautiful and interesting part of the world…Read more